I started to scrapbook for over 10 years ago, I think it was back in 2006 or something (!) and since then I’ve been off and on. Sometimes ones a month, a week and then years without doing anything. I’ve always been in to what you call “Project Life”, it’s a more minimalist and documenting way of scrapbook than actually decorate a photo. Now I’m in such a period that I do it once a week maybe but I would like to do it more often. To print, create and embellish but also work with photos from at least the same year as we are… Here’s what I did recently and it’s from the same period last year. I have thousands of photos to sort and hundreds of album ideas but as you all know – so little time.

Here’s how a sheet or two can look like: 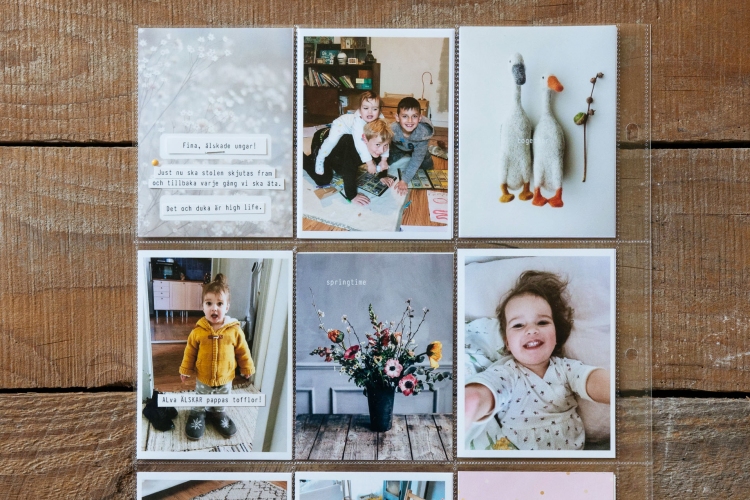 Tomorrow it’s a holiday in France so we’ll go on a picnic by the river and I’ll probably take a thousand photos again to add to my never ending photo archive!

🐣 Egg hunt in our village! 🐣
Påskris, Easter twigs, is such a reminder from my childhood and to watch Alva decorate ours with things I made when • I • was a kid is the most happy hygge mys ever! 🐣 Happy Easter to you! GLAD PÅSK!