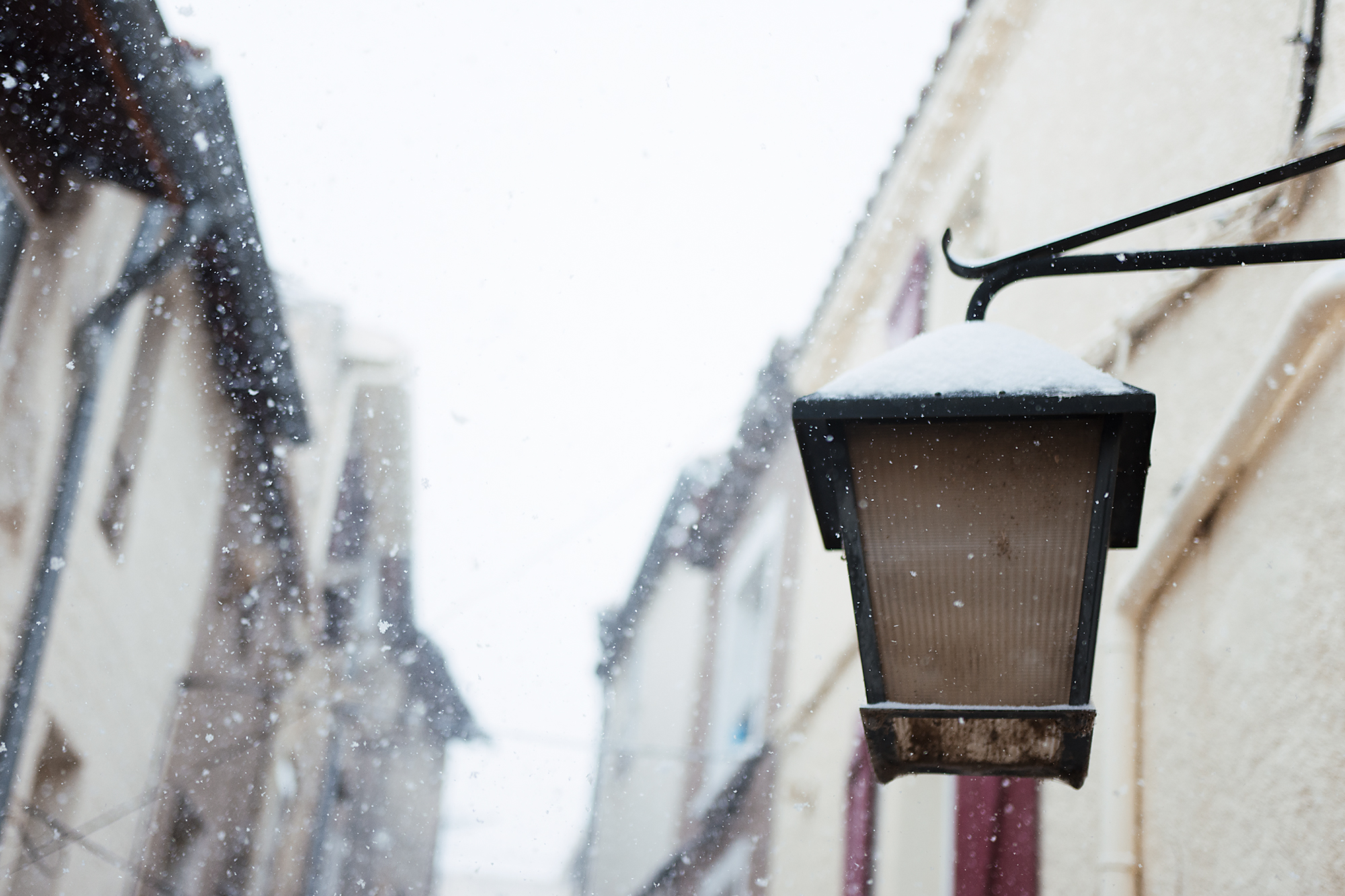 The day after we came home from the Alps we got surprised by the best thing ever, snow falling in the south of France! Apparently last time it snowed like this was 20 years ago so we felt really lucky. The kids thought it was awesome though I think the fact that we just came back from the mountains with 3 meters of snow, made them a bit less excited as they would have been a month ago. Add the fact that we left all gloves, ski pants and stuff like that up in Bourg St Maurice and you get why they stayed out only for a brief moment. But it was awesome while it lasted. It snowed about 10 cm in a day and it stayed for almost three days where the sun didn’t melt it during the day. 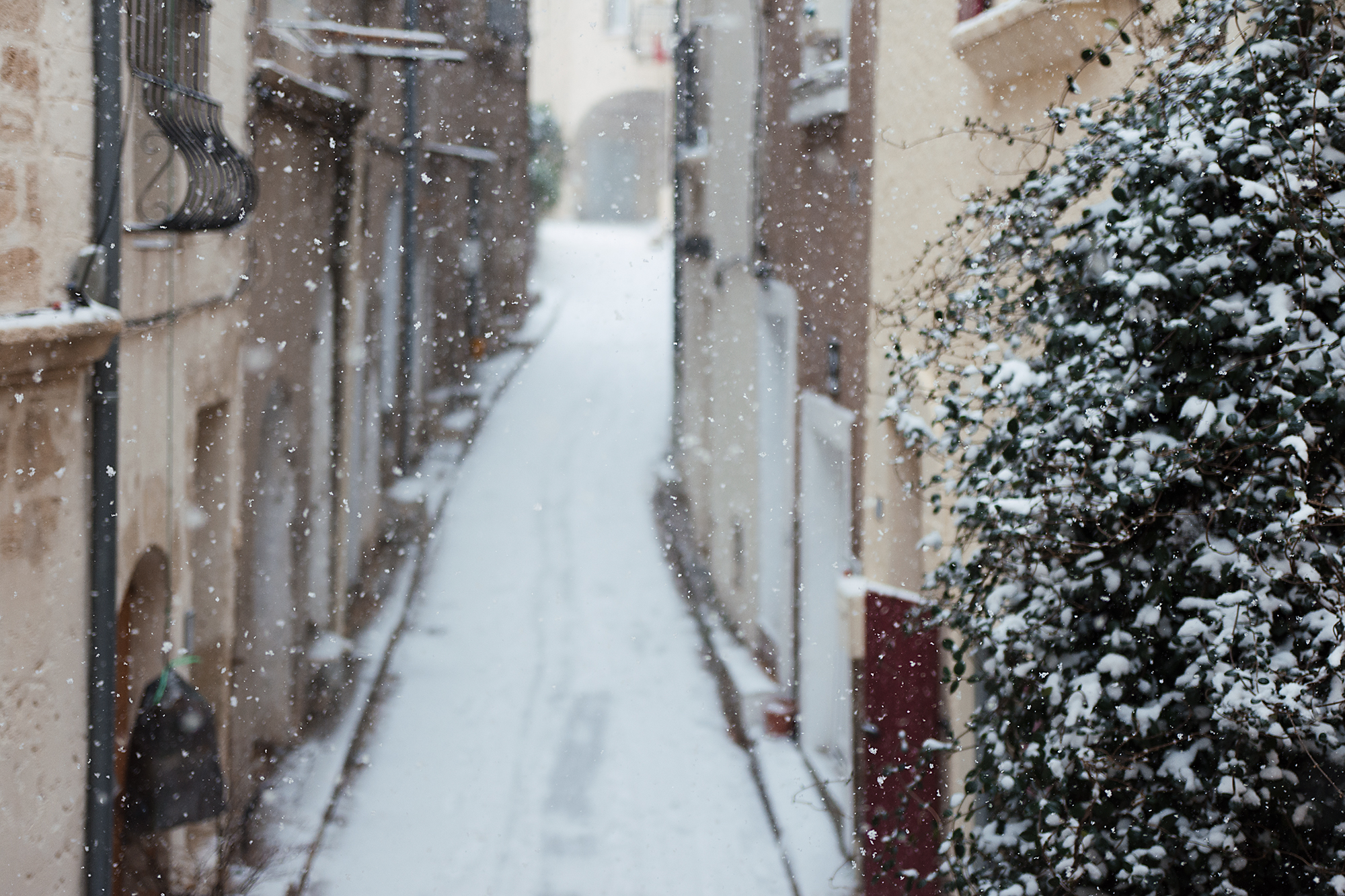 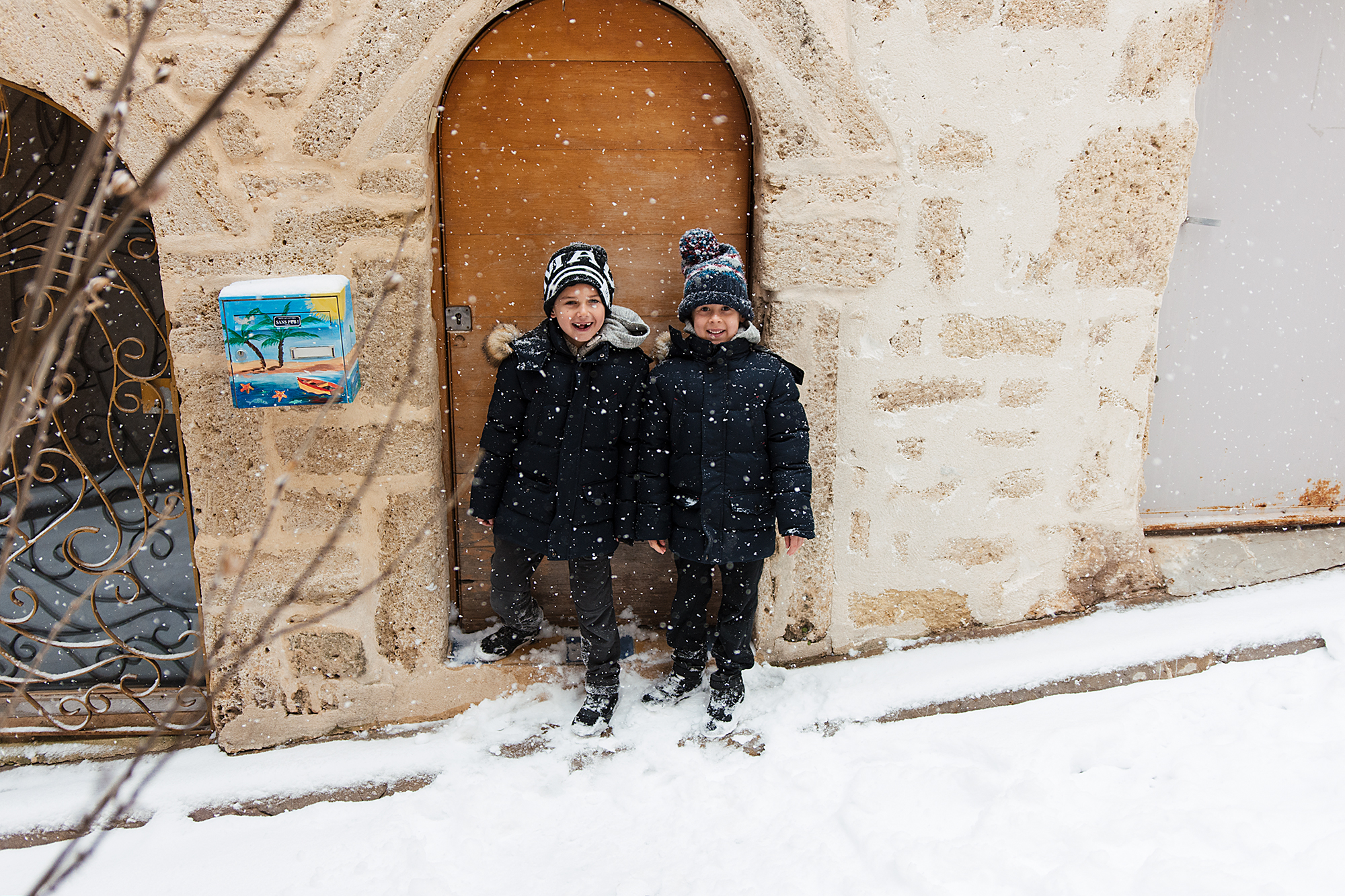 I went down quickly to take their picture. Happy kids. 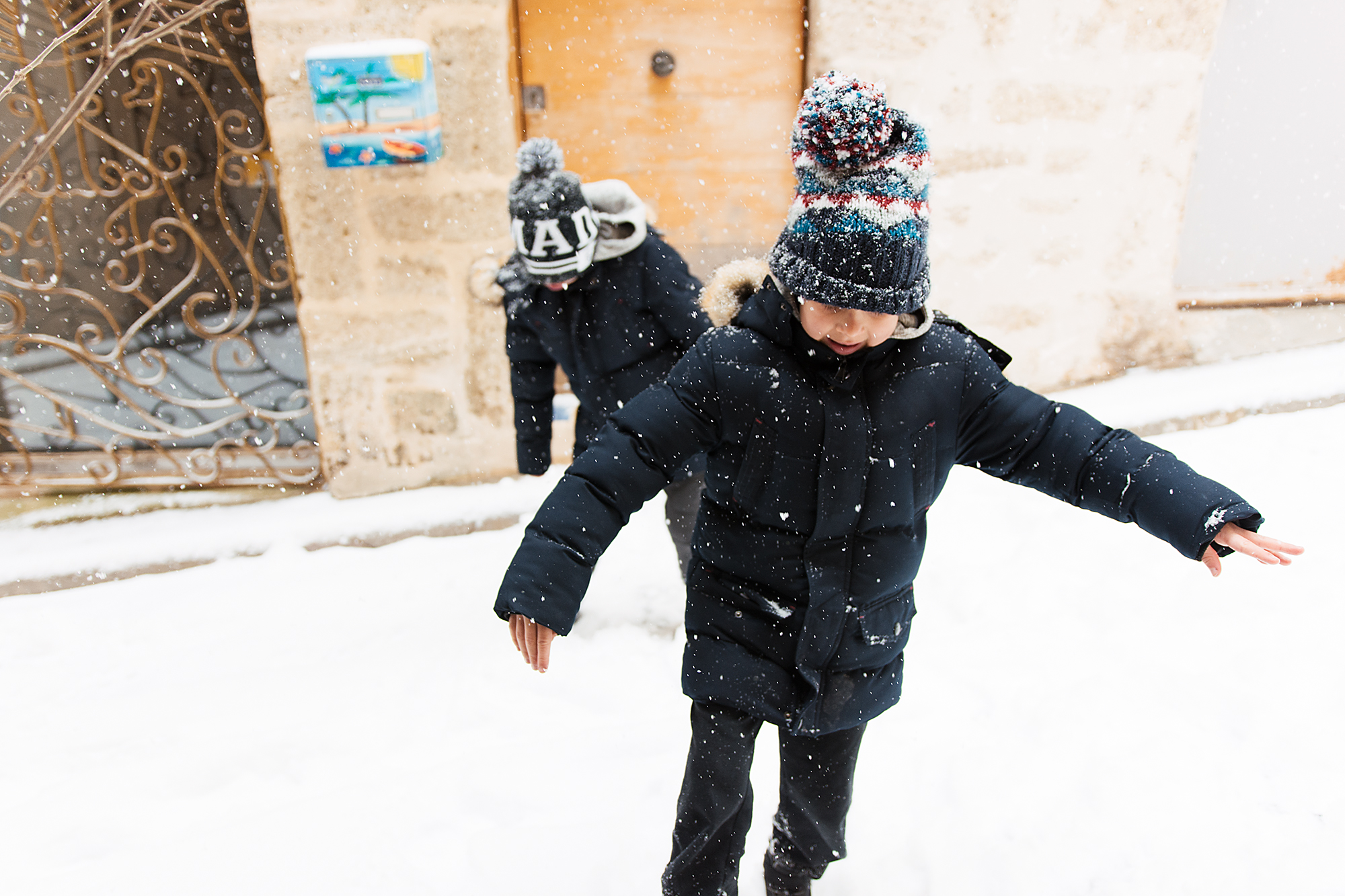 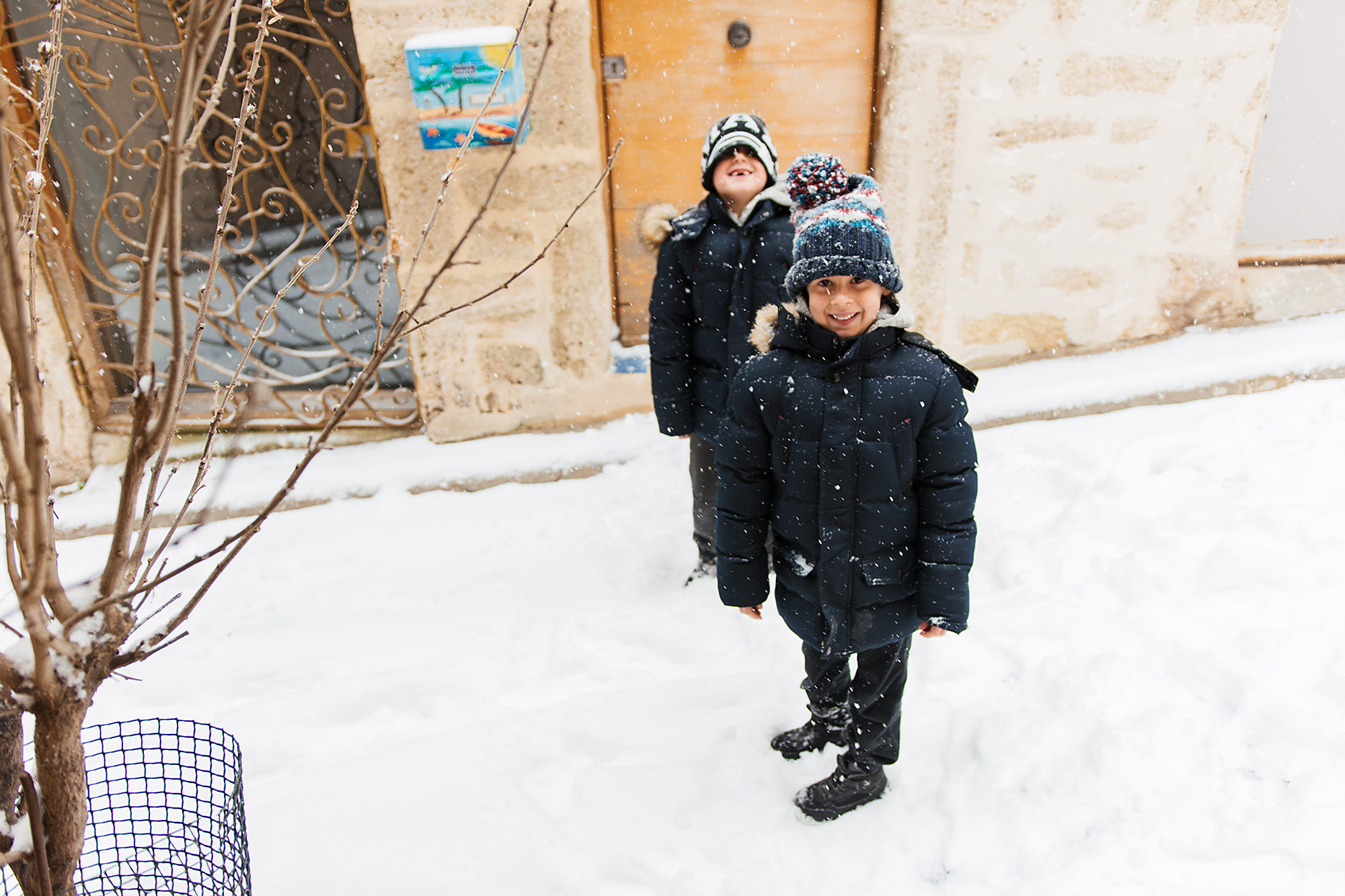 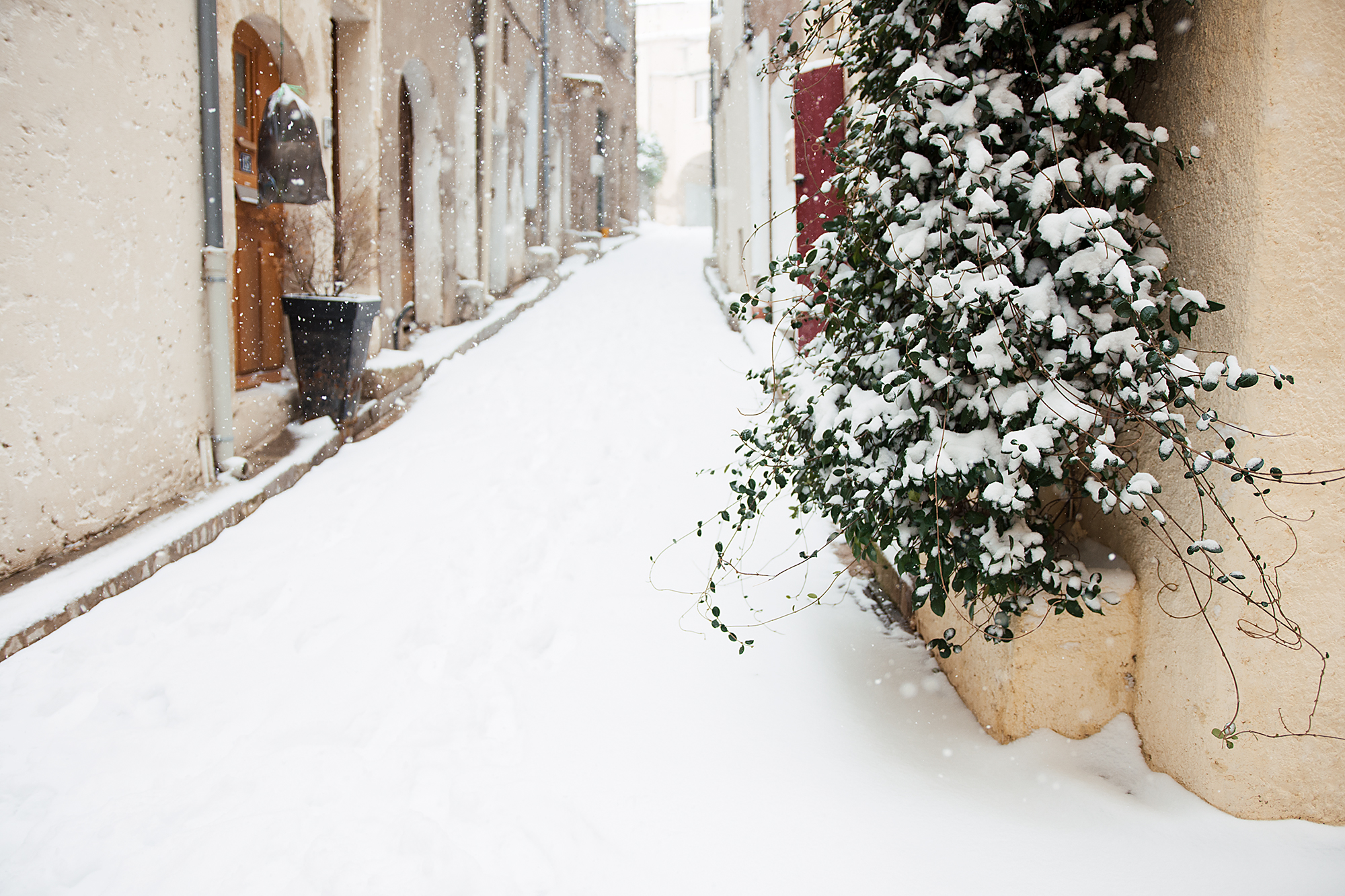 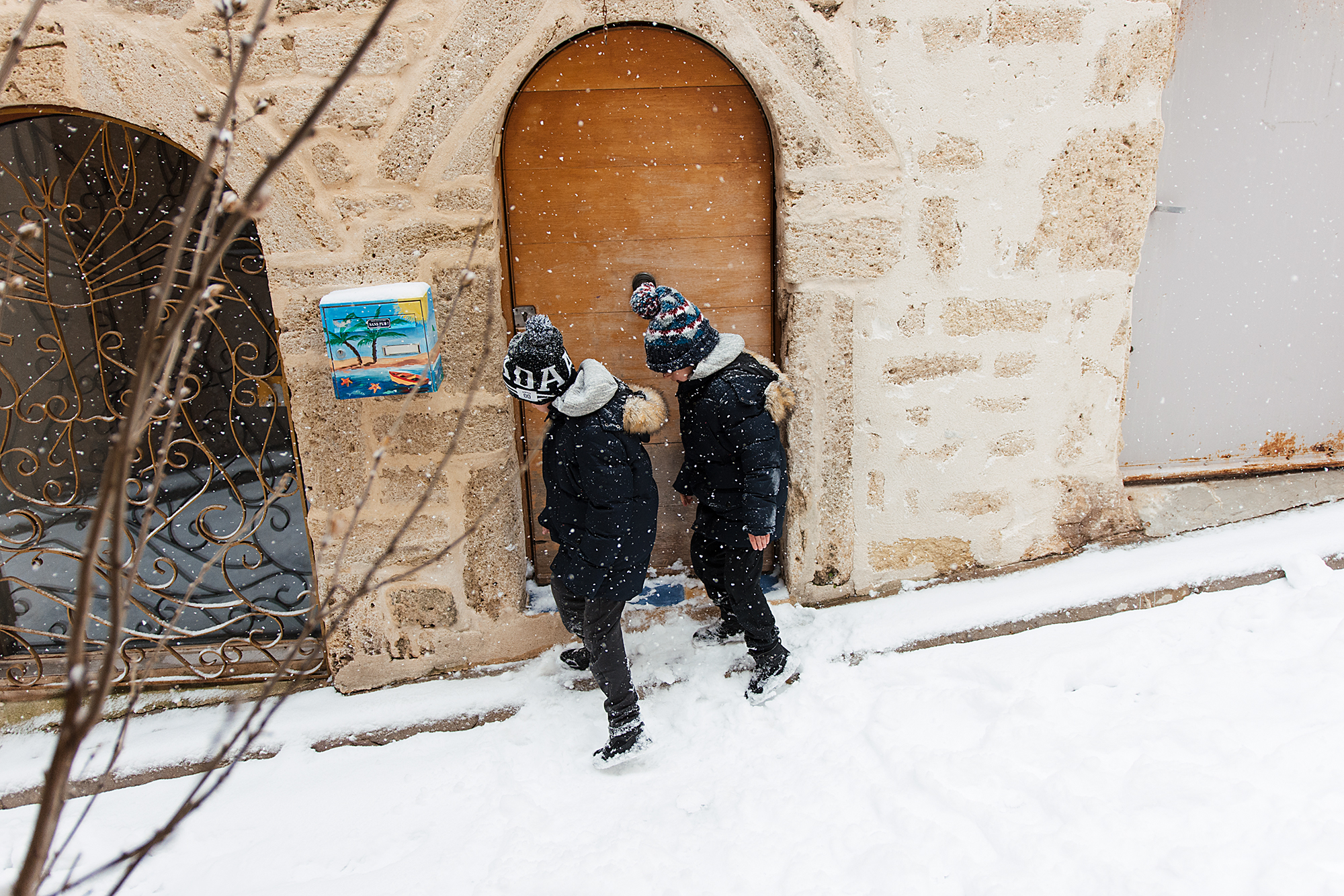 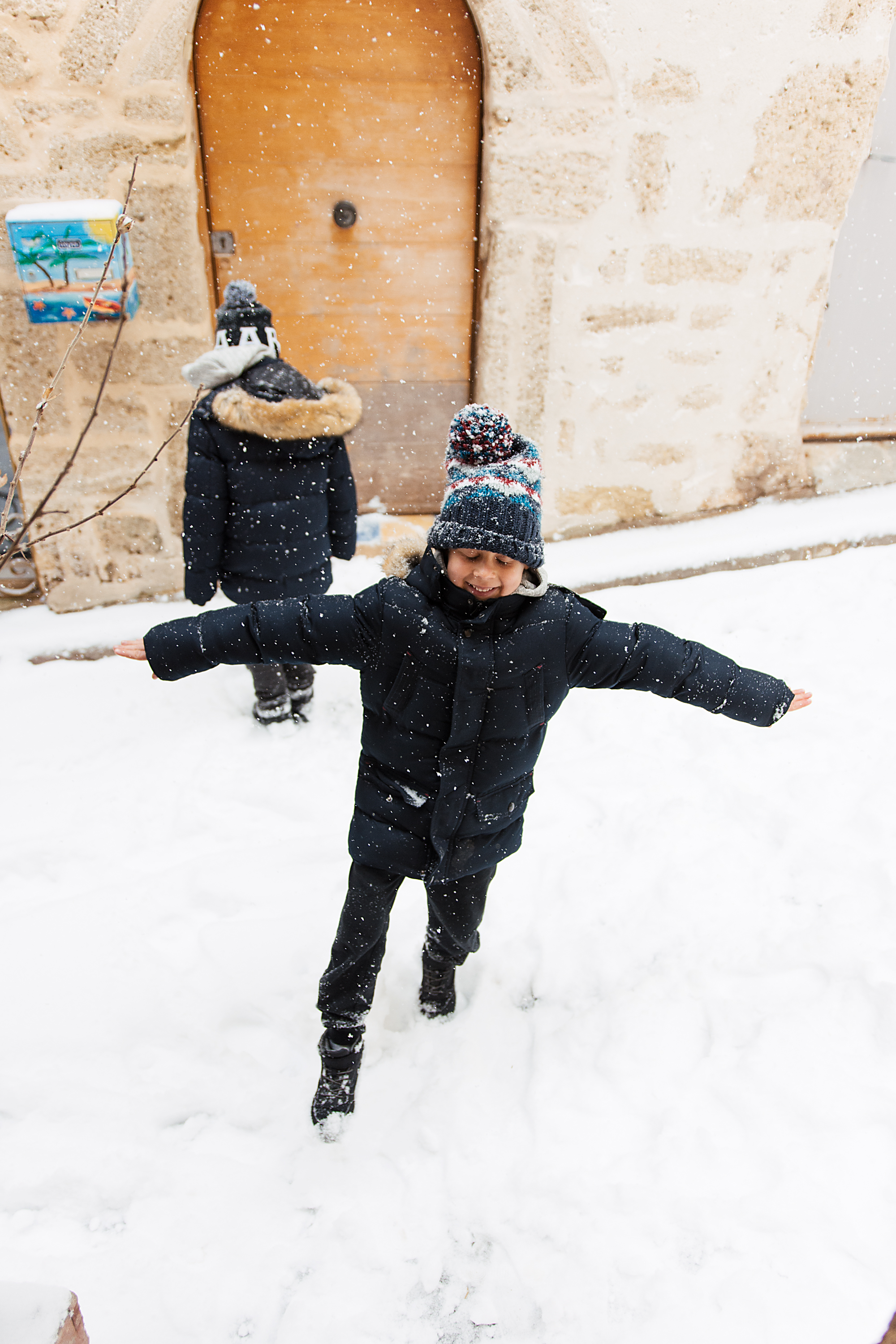 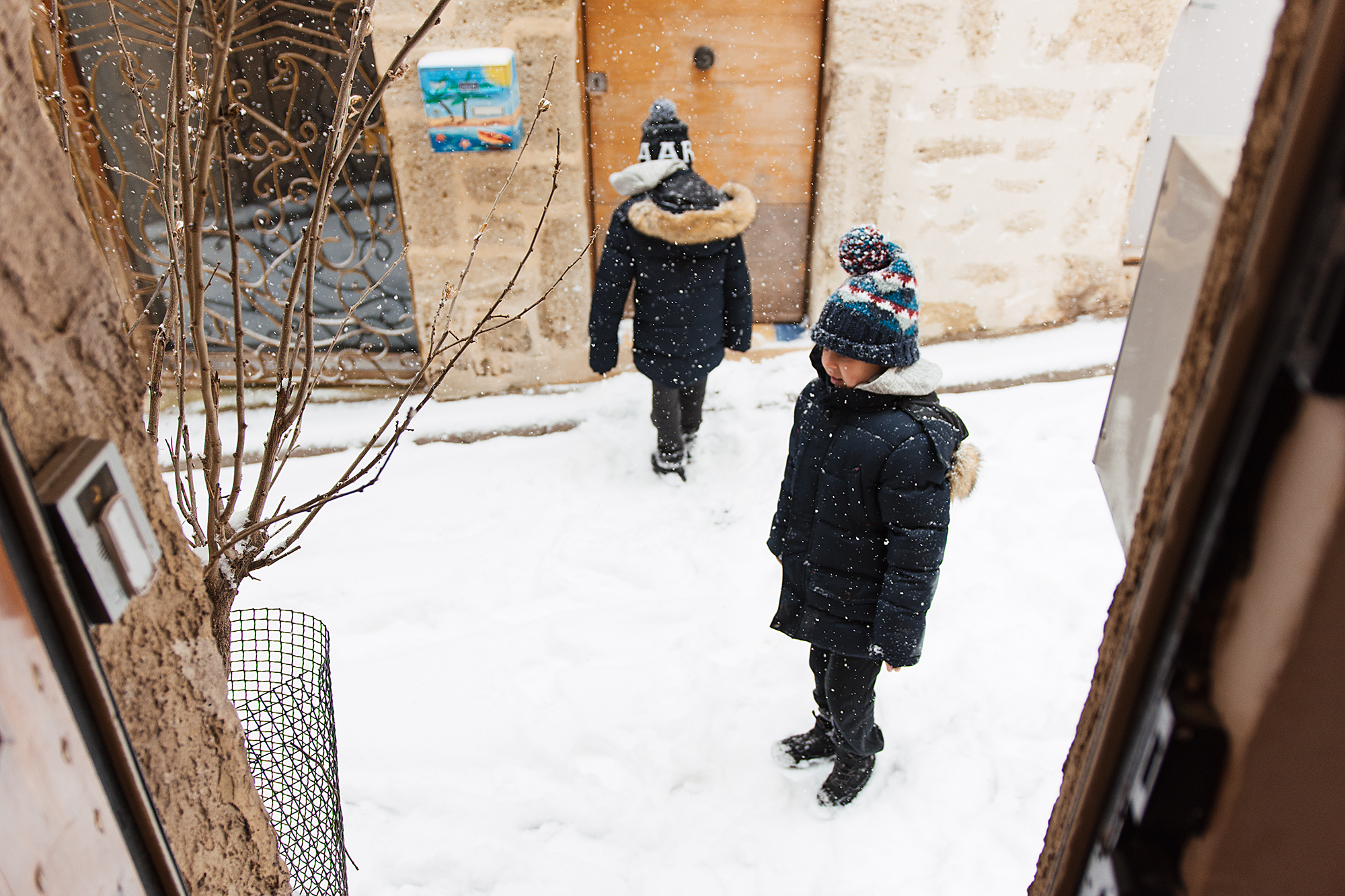 And then I returned back up to Alva who stayed in her playpen. 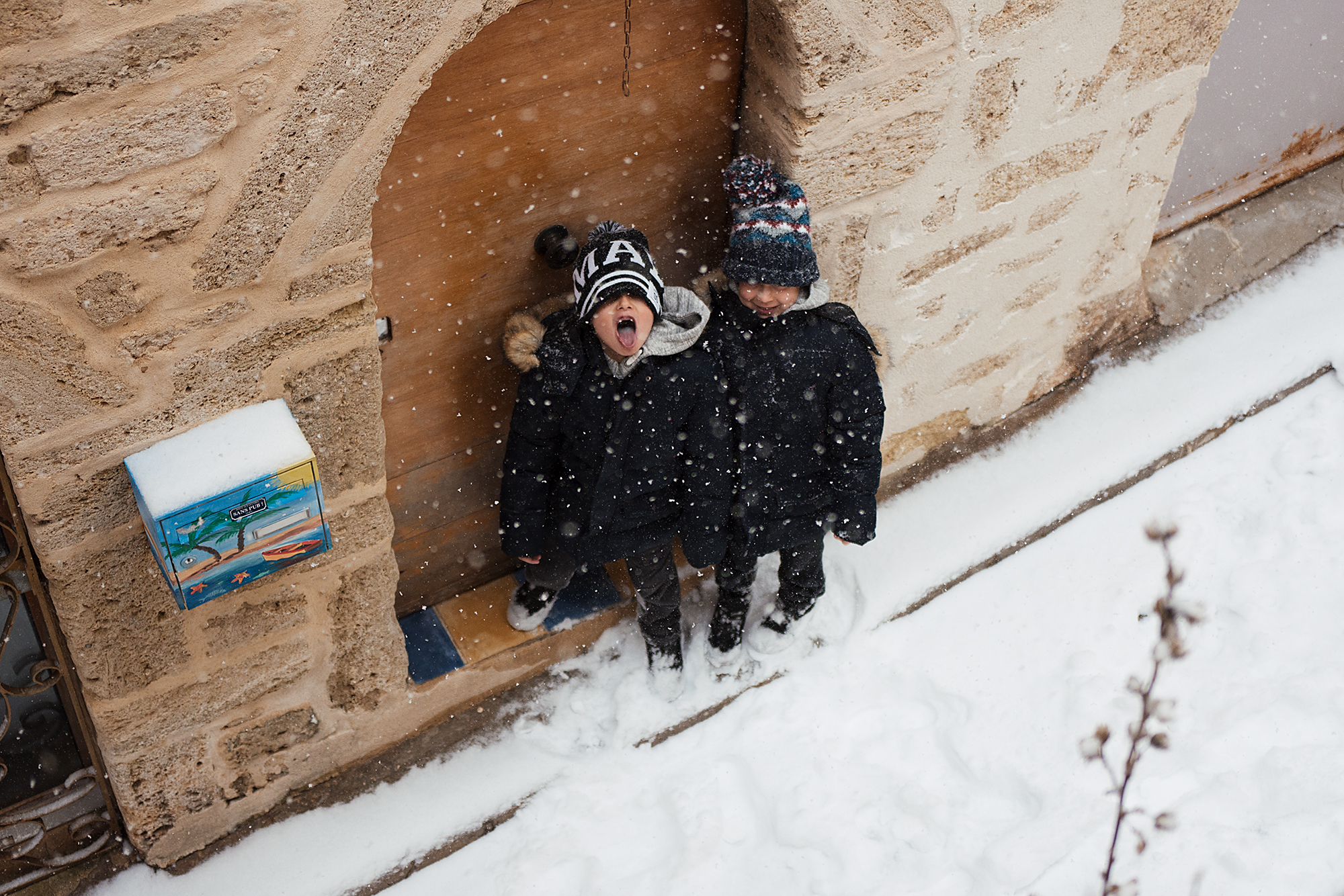 Hello from the balcony! 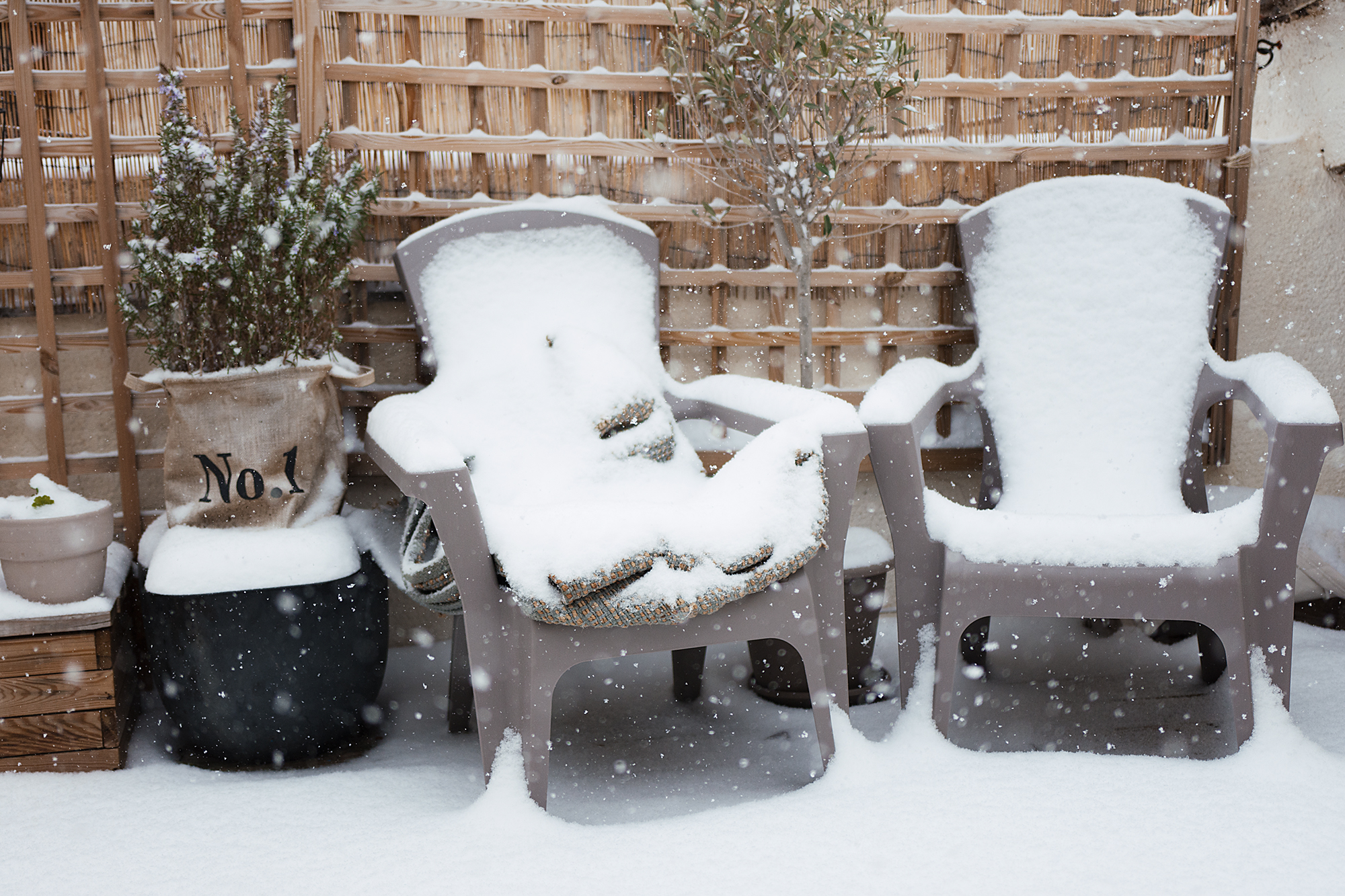 Then we checked out the terrace and my poor plants that did not make it, nor the olive trees nor the rosemary… If we’d been home the day before I might had checked the weather forecast and taken them in, but this was such a surprise and I had no idea it would be a freezing -7 the night before. 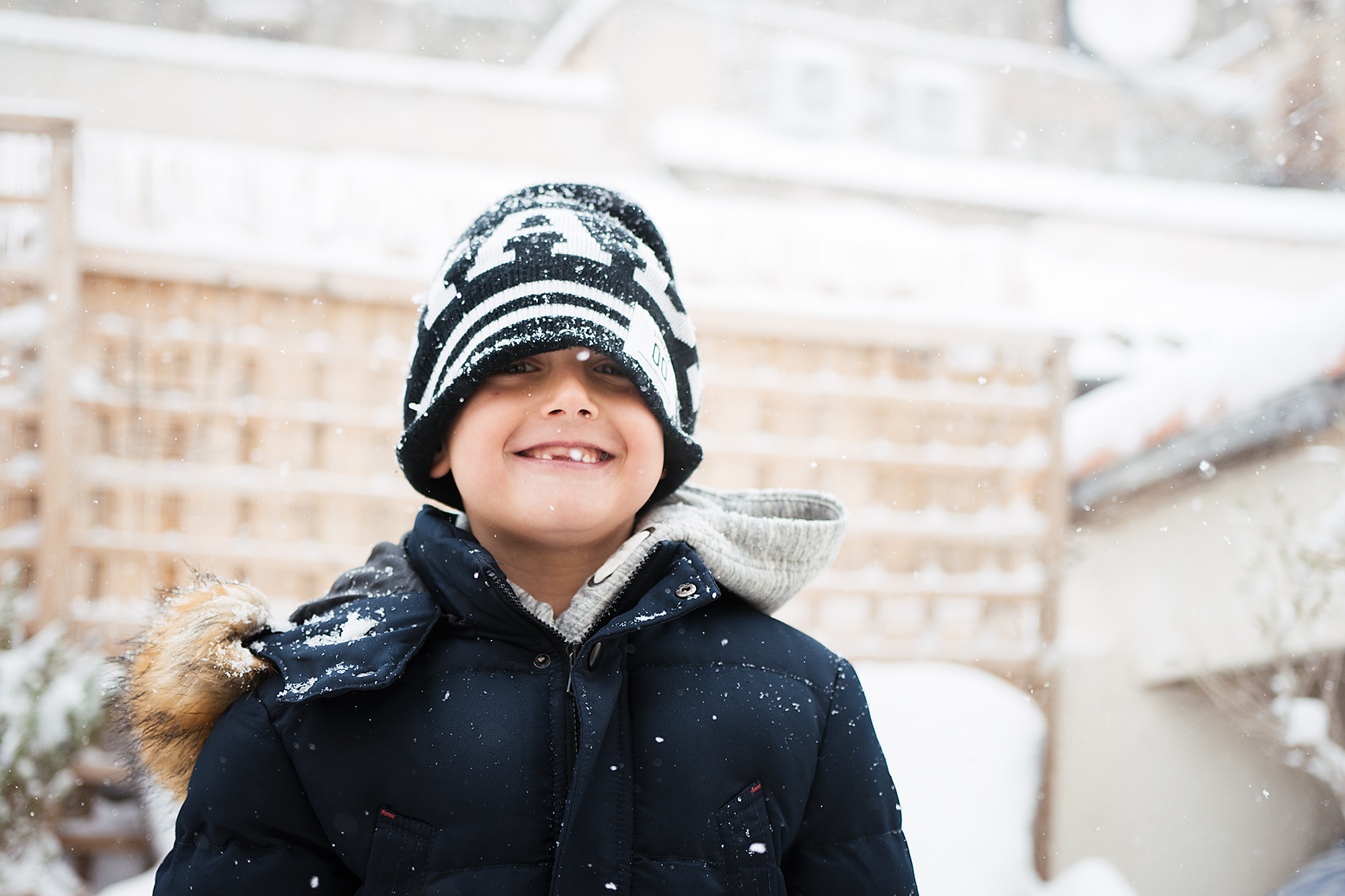 Then we went back in and had hot chocolate and snacks. It was a great day!