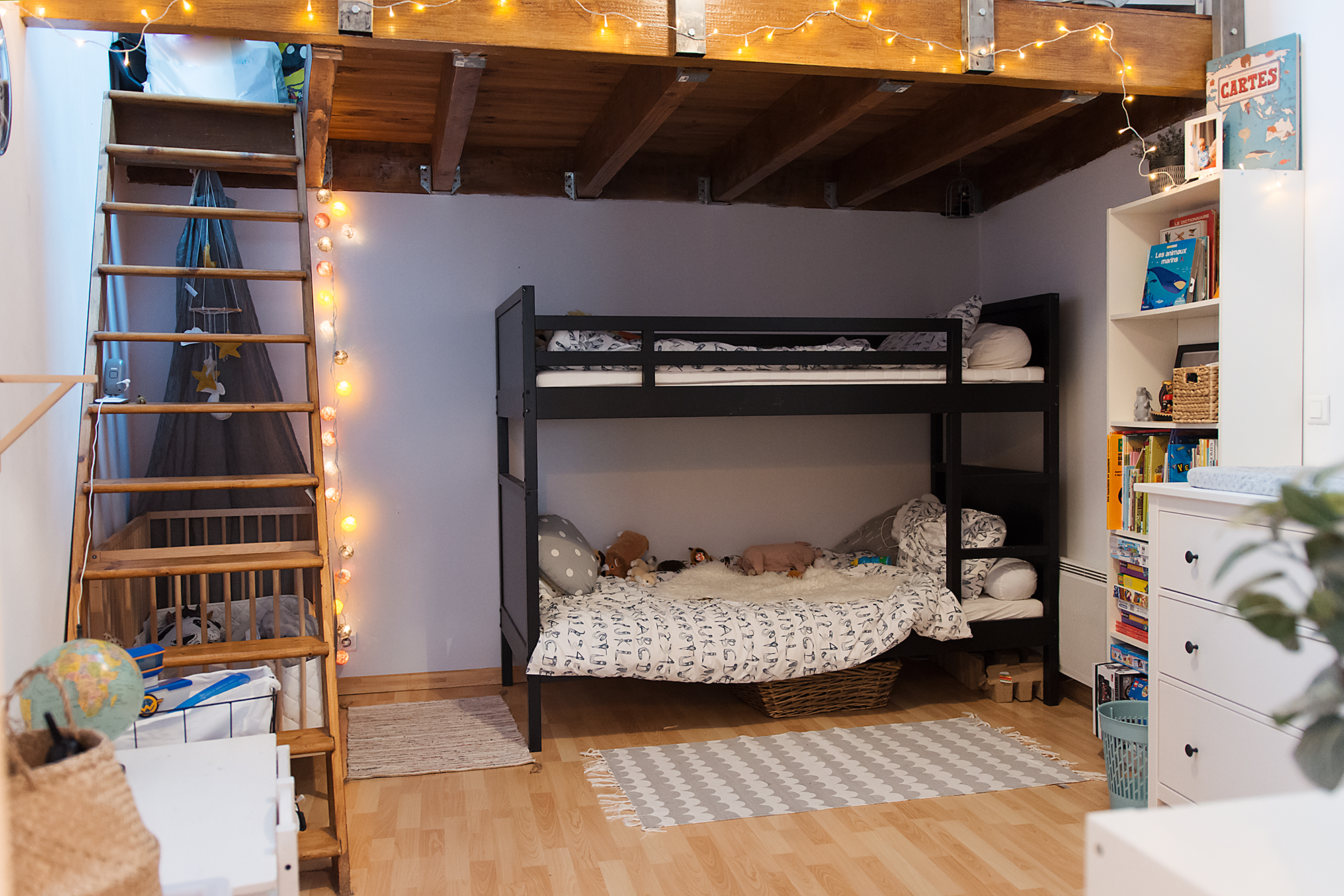 Today is another rainy day here so we’re staying in (again) to beat the bronchitis completely. I’m on day 9 of coughing but both Alva and me are feeling better.

Two weekends ago we decided to make a bedroom swap. We only have two bedrooms and when we moved in here it felt natural for us to take the big one, since we are… the big ones. With Alva coming along and sleeping with us, we also needed the space for her crib. BUT. Since Alva has been sleeping with us in our bed and wakes up a hundred times every night we needed to make some change. I felt like we were waking her up as much as the opposite and that the only solution was to give her her own space. So I suggested to Mathieu that we should surprise the boys with a bigger room (it’s over 20m2 so for them it’s like a stadium) and get a little sister into the bargain! :) 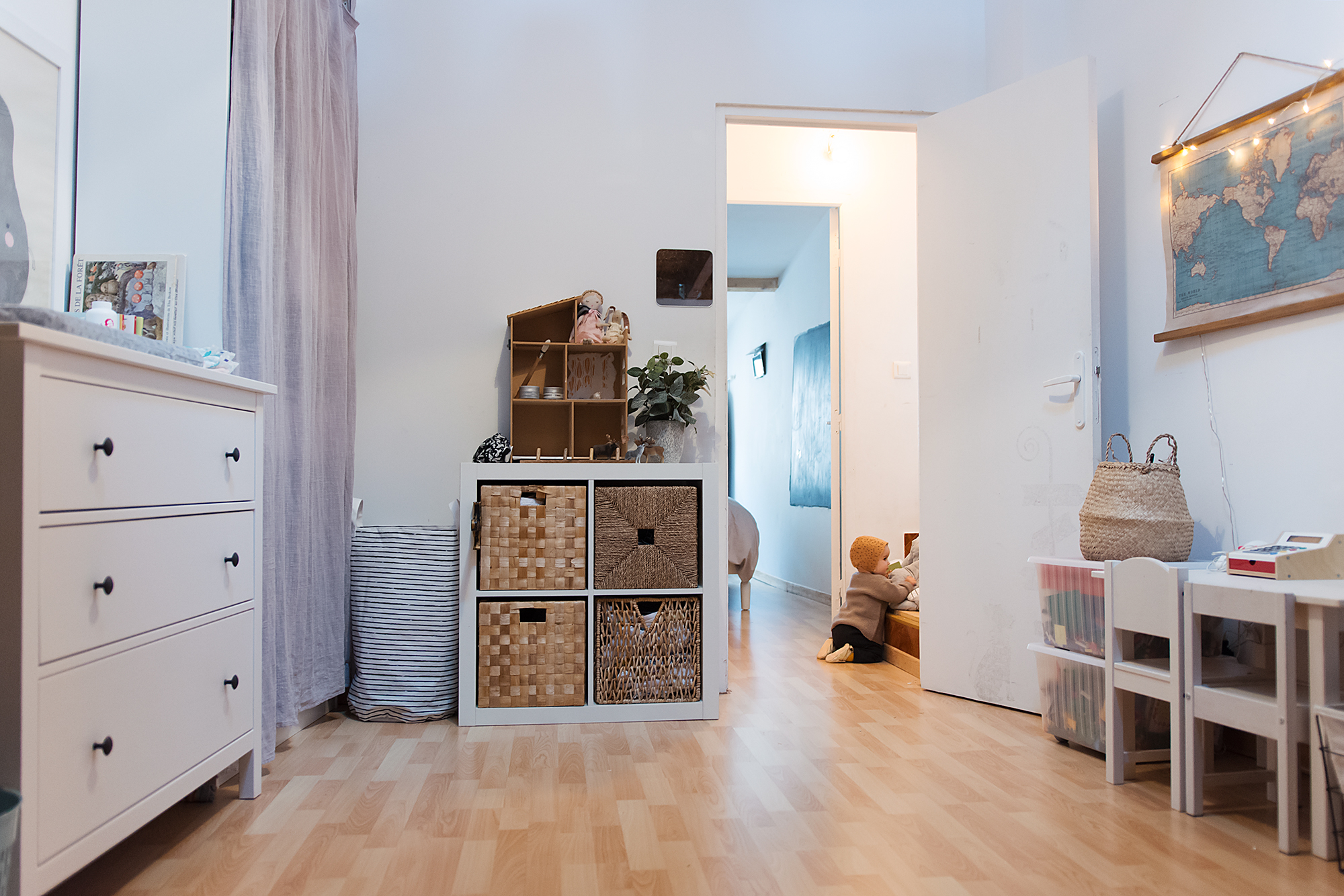 It was easier said then done to just “swap” but after a whole day of disassembling bunk and king beds, PAX wardrobe systems and 350kg of toys and sh*t, we managed to make the switch. And I say OMG we should have done this day one! Our bedroom feels like a real bedroom now, not like a sleep/diaper change/nursery/ironing/dirty laundry/where-should-I-put-this-oh-in-here-station. Just a bed and some wardrobes. Oh, and the boy’s room. It’s like a dream if you’re 6-7. Alva’s crib in the corner, their bunk bed in another, plenty of room for toy storage and most of all, an enormous space to play! 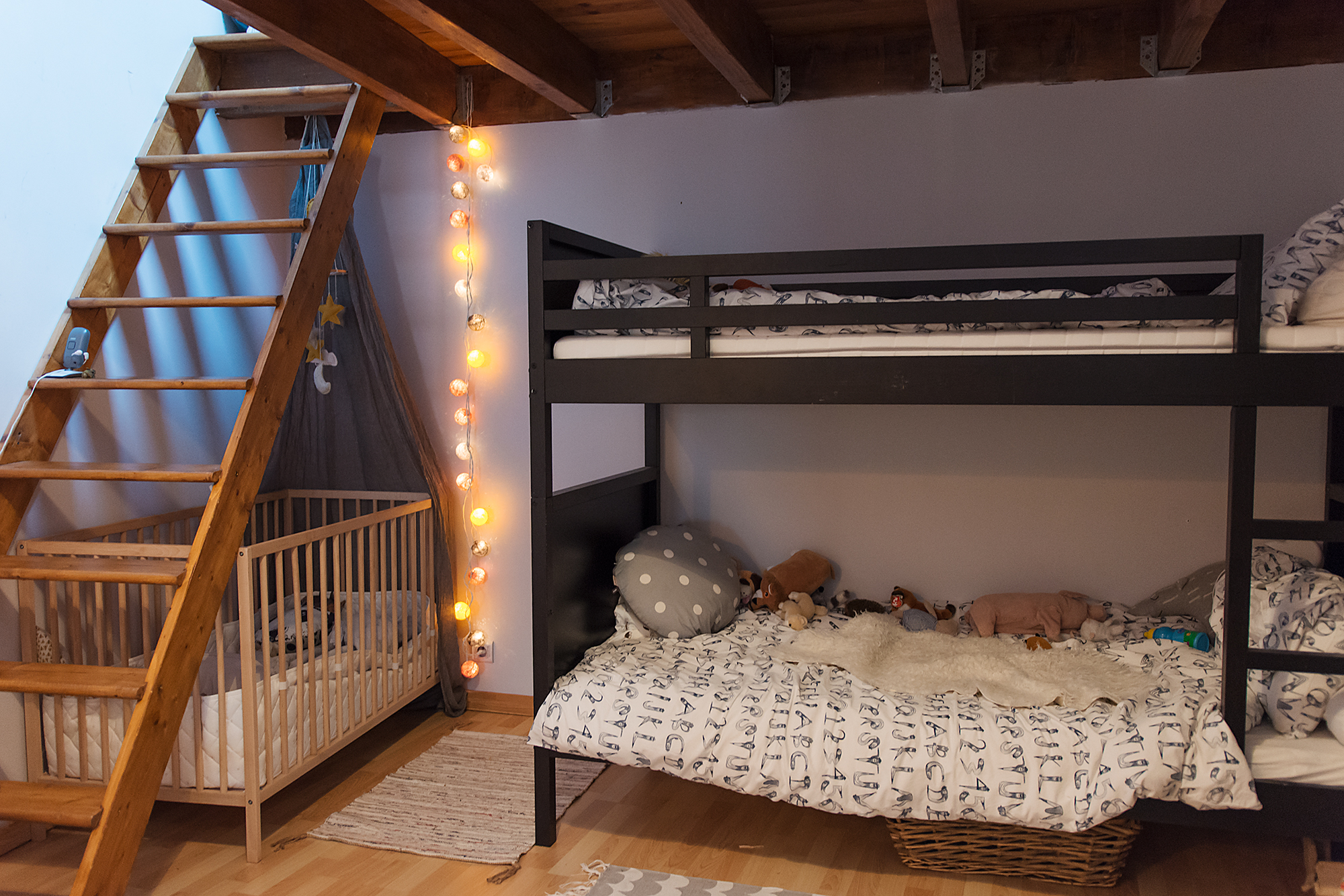 To realize the space change for them, here’s a pic of their old room, the photo is taken from the door step, they had like 4m² to play on: 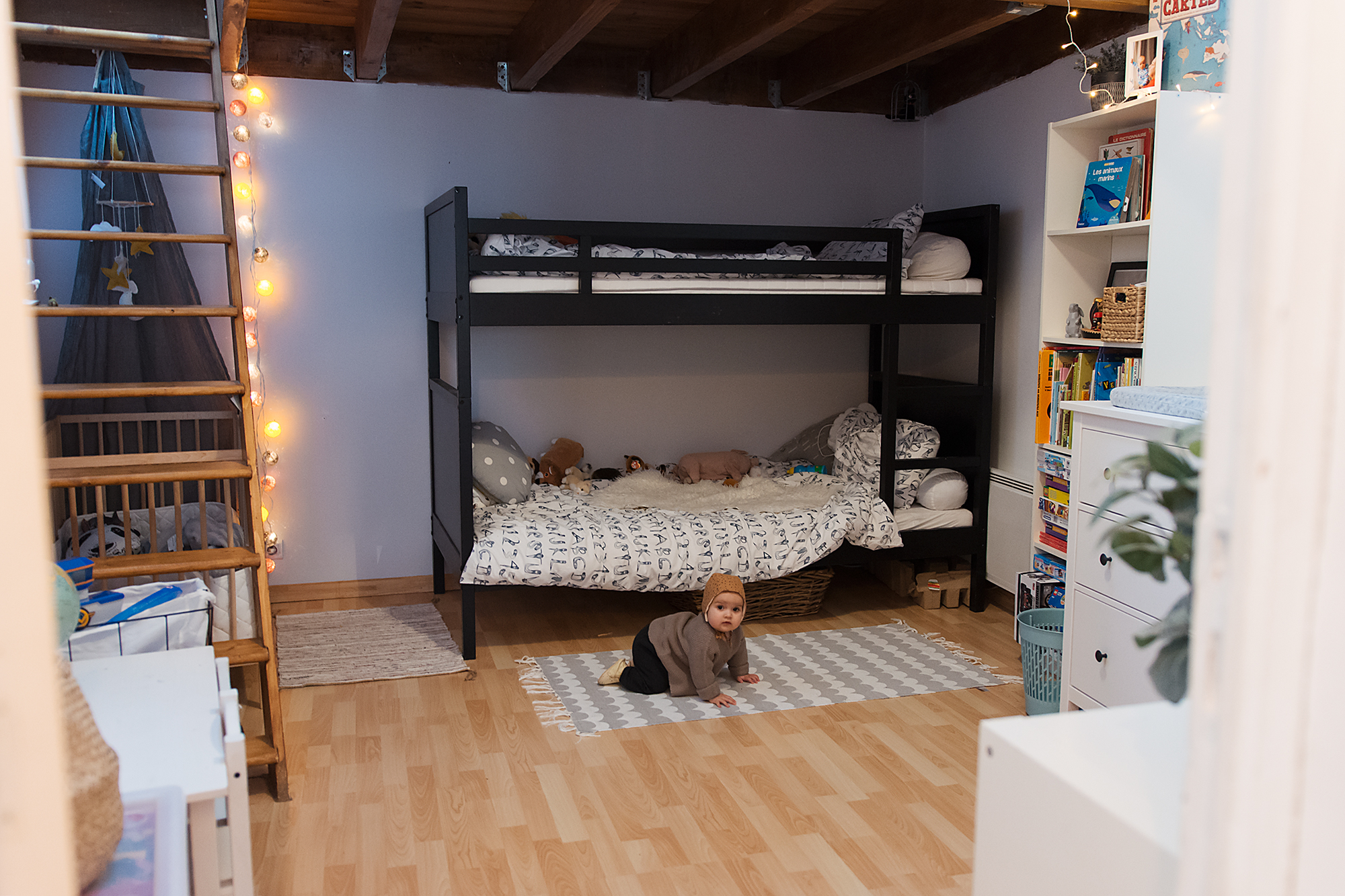 I’ll show you our bedroom too, I just need to paint over the black board we had done on the wall for them to draw on. They never did. And get a curtain rod to cover the wardrobes with. And organize those said wardrobes. Why is it so hard for clothes to stay in their place? Why do we always have a gazillion of them on the floor? Why do kids and men ‘forget’ that there’s a laundry basket? Like every effing time they get undressed? This will be the ever lasting mystery of every household…

Have a lovely Tuesday friends! :)