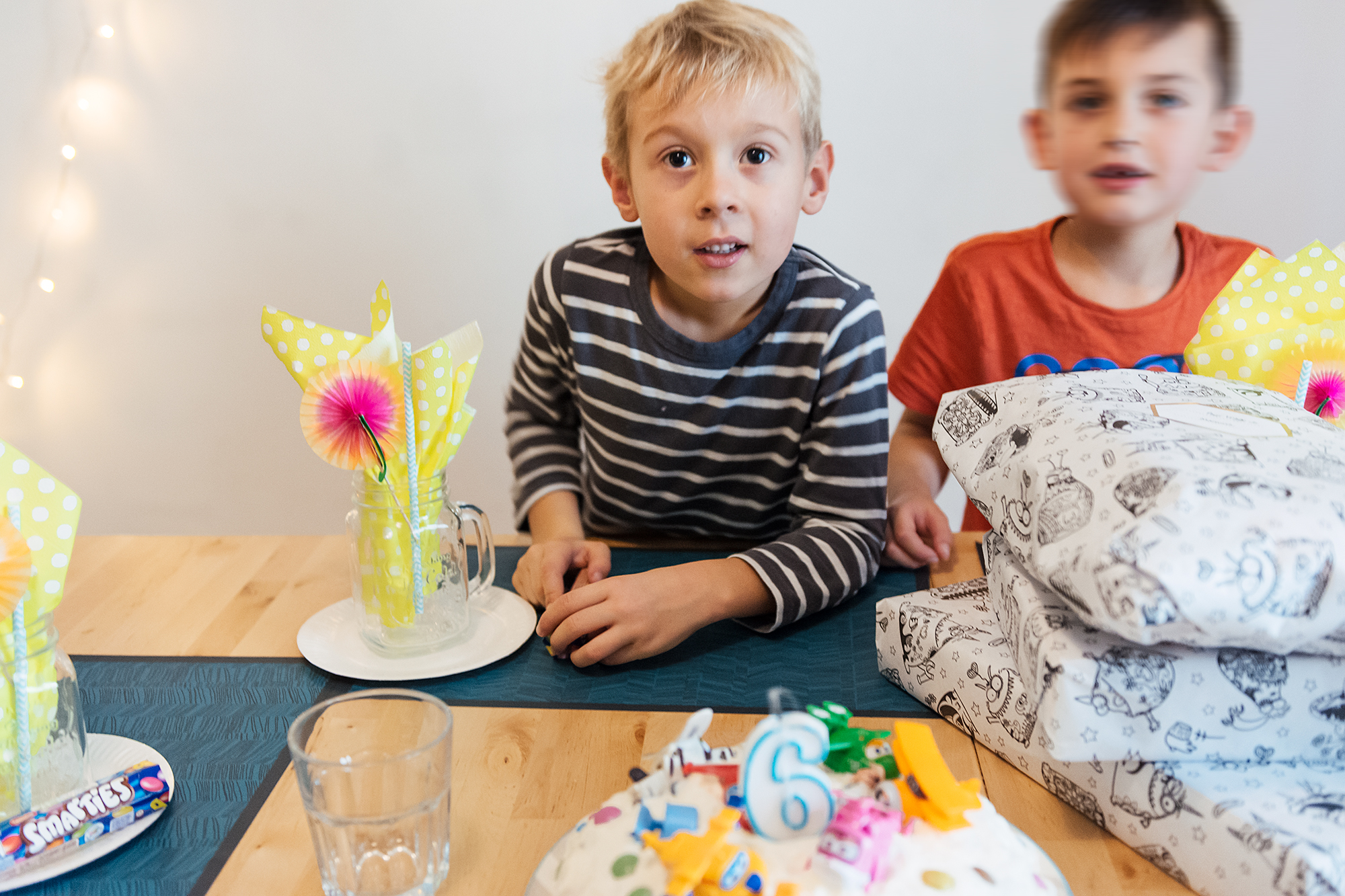 We are back from the Alps and to normal routine. I have a lot of posts to share so let’s begin today. With the day before New Years Eve when we celebrated Viggo’s sixth birthday.
I had such a mix of emotions looking at him blowing his candle. Happiness, pride and a hunch of nostalgia… It’s been six years since he popped out and said “hi, I will change your life for ever” and these last six years have been filled with one and only emotion – how did I make such a fantastic little person? So kind, intelligent and savage. 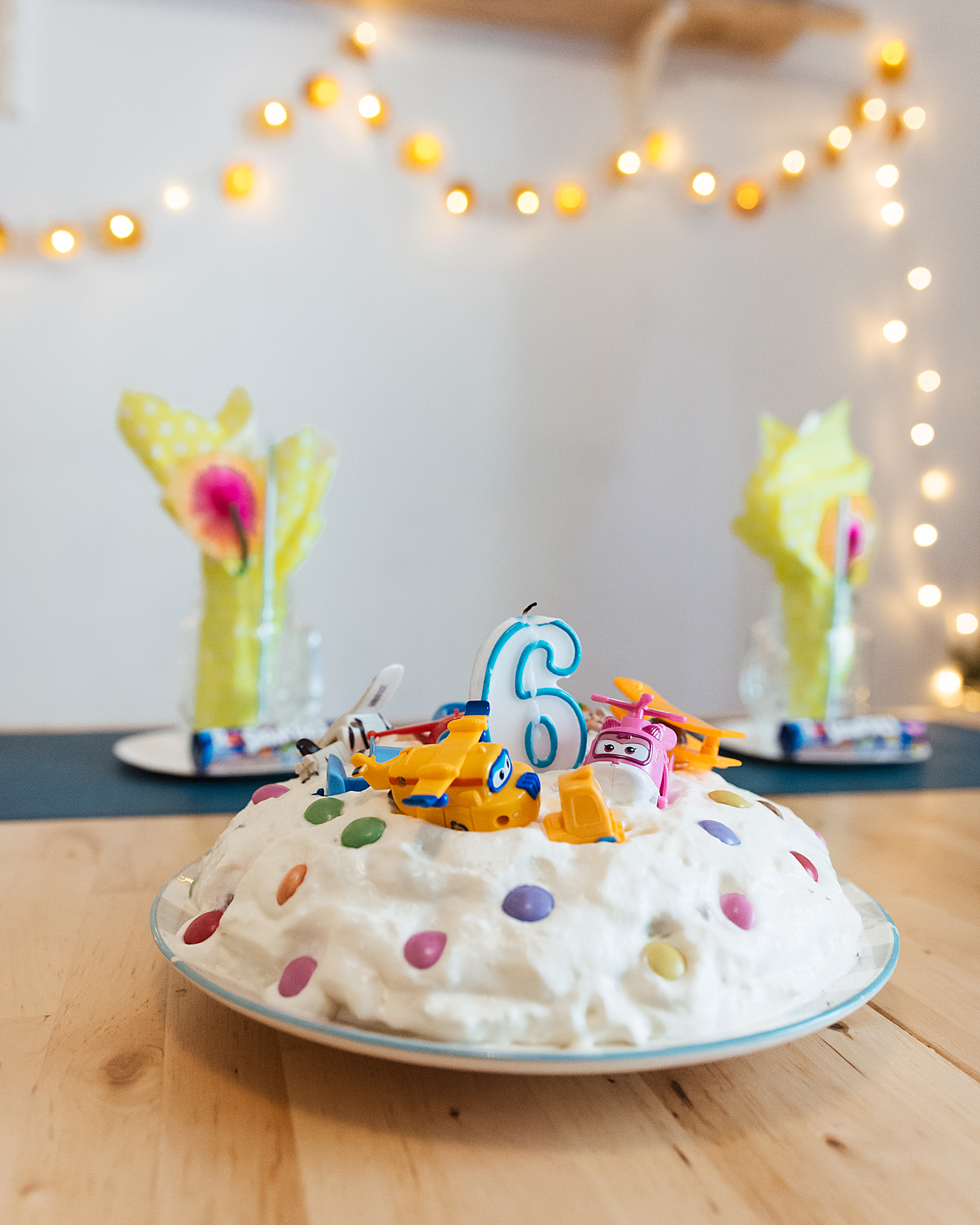 For every birthday in our house I make a Swedish Gräddtårta. It’s easy peasy with a sponge cake cut in three layers with filling of your own choice. This year I took it to an advanced level by doing the sponge cake myself :) Then I put raspberry jam on the first layer and mashed bananas and kiwi on the second. Put whipped cream on the top and you have yourself a birthday cake! Then I threw on some super wings toys and a candle and we had the most happy little guy you can imagine! 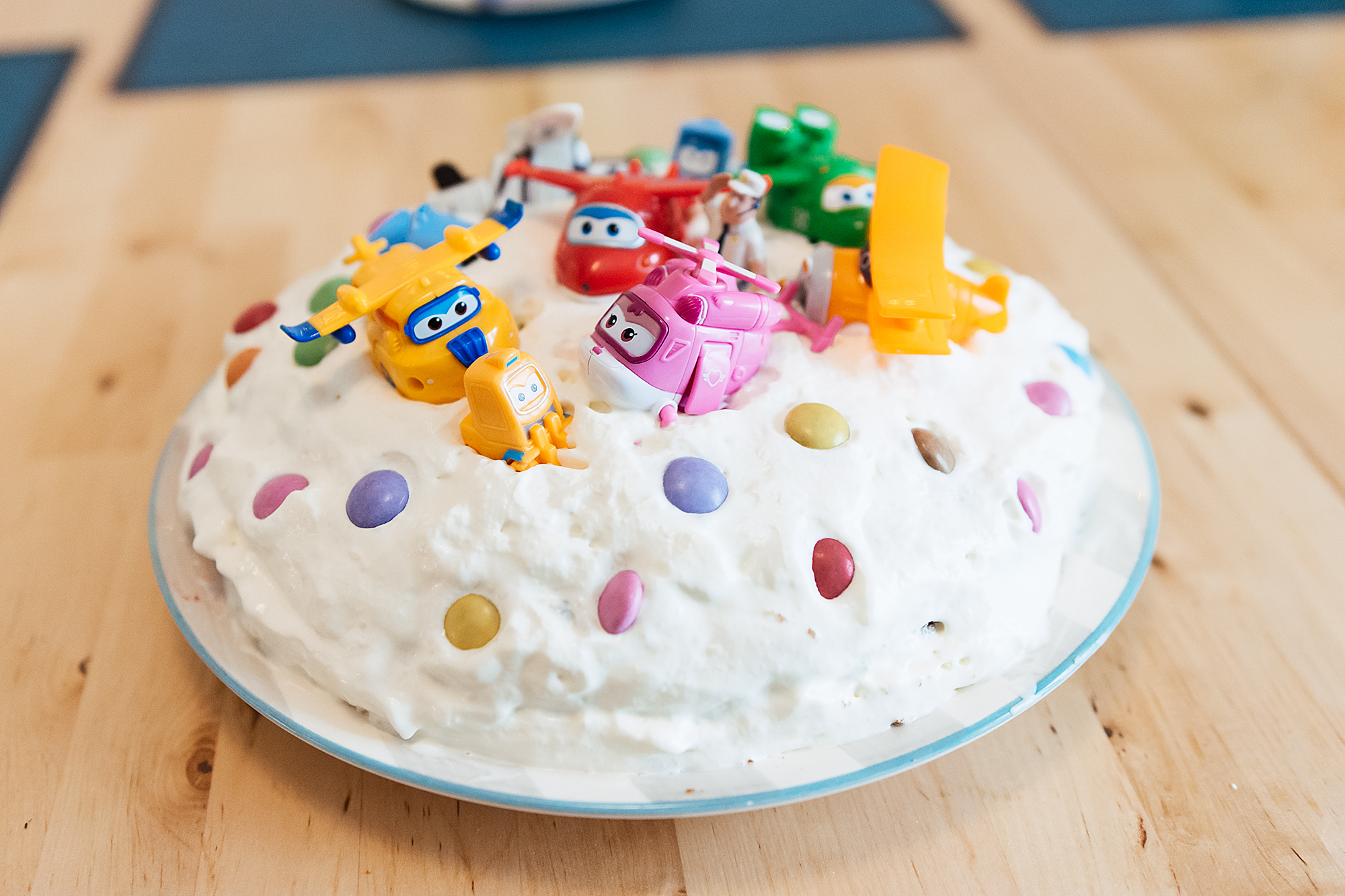 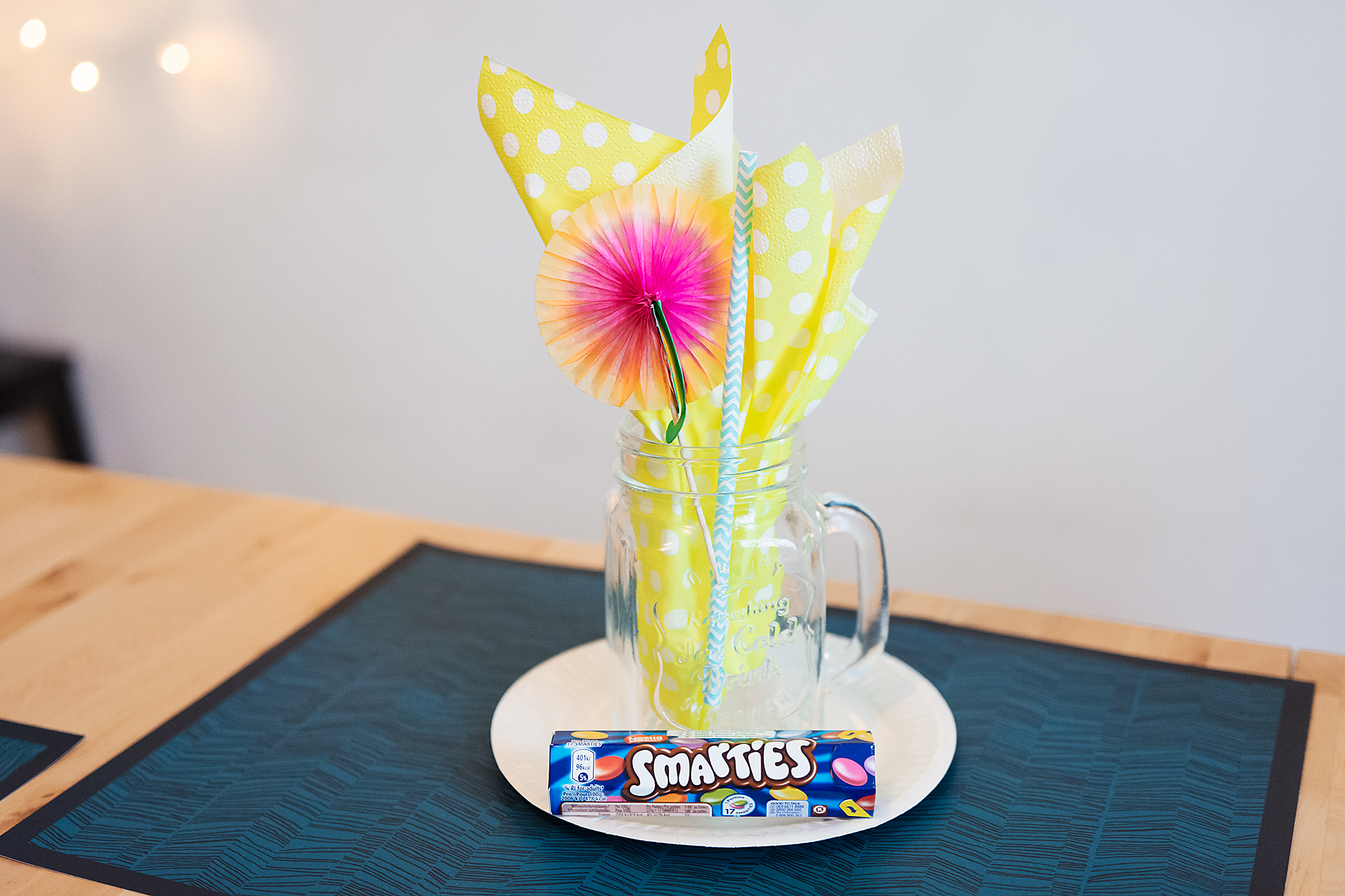 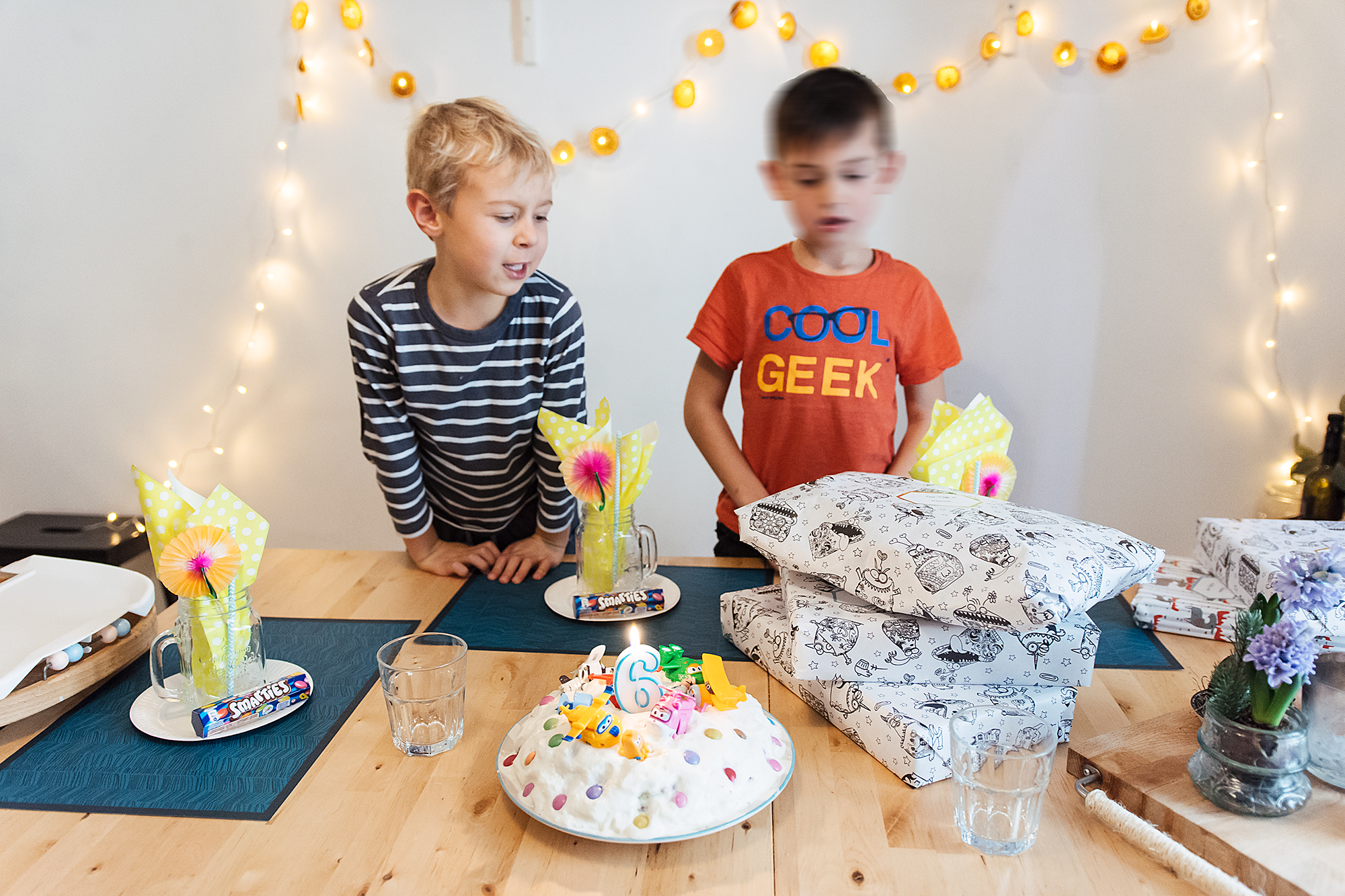 This was the first time Viggo had thoughts about being born in December. He looked at the presents and said “I just had plenty for Christmas, does this mean I won’t have any during the whole year?” Yeah, sorry little man, it’s not easy having your birthday the second last day of the year… 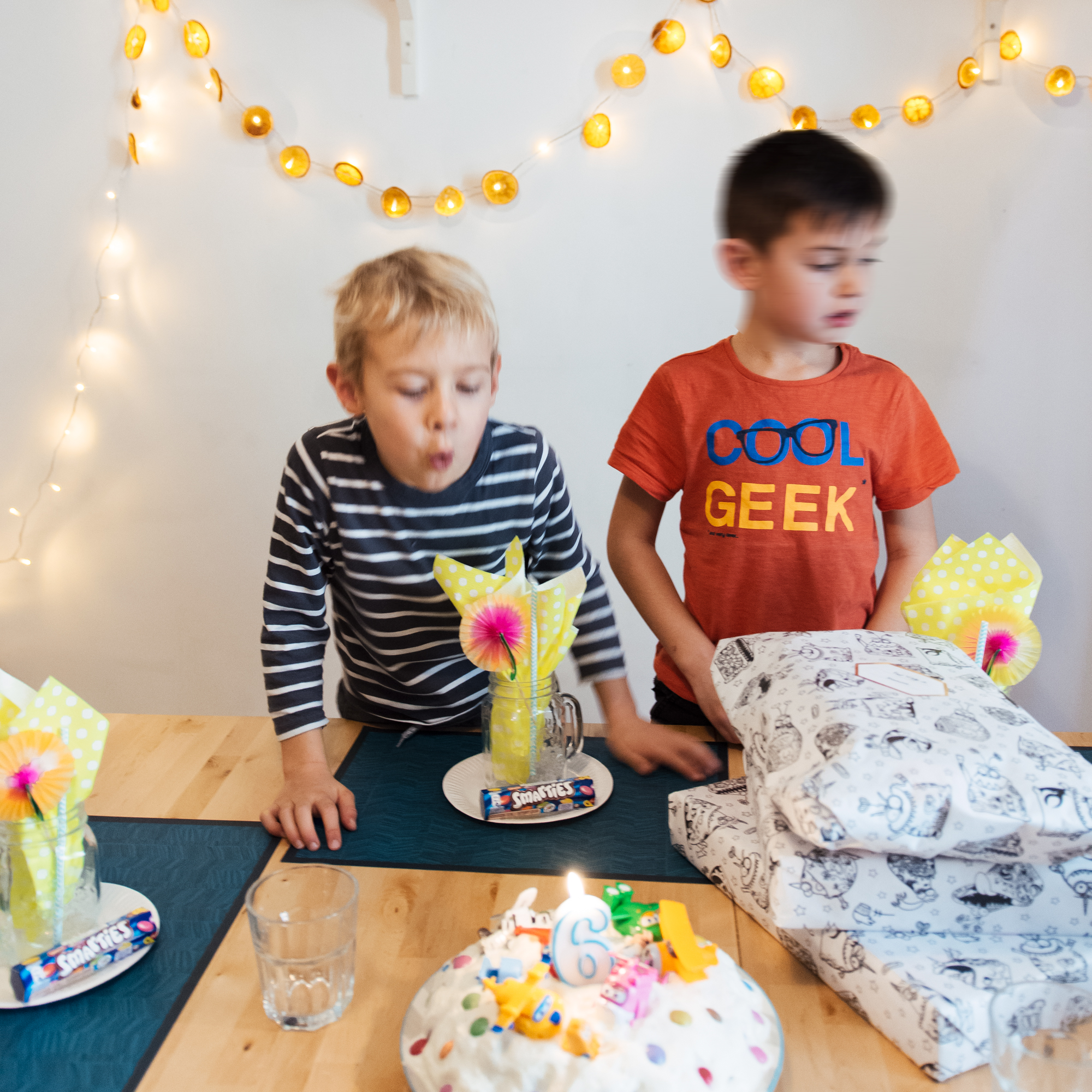 But even if he complained a bit about it he had a super duper wonderful little birthday party! Not to forget that they celebrated him at school just before the holidays and our mini party with the cousins up in Les Arcs! He got Lego, Aquabeeds, pensils, a backpack and a gopro-like kid camera. Much pleased.