This year’s Christmas eve we celebrated as three, Mathieu, Alva and me. It is the first year without the boys because we have decided to have them every other year instead of sharing them the 24th and 25th. No more who’s or how’s that makes everyone stressed and takes away the Christmas feeling. So this year it was “only” us.

First we woke up to in our Christmas jams and Alva surprised us with standing on her knees in her bed, first gift of the day ! :) 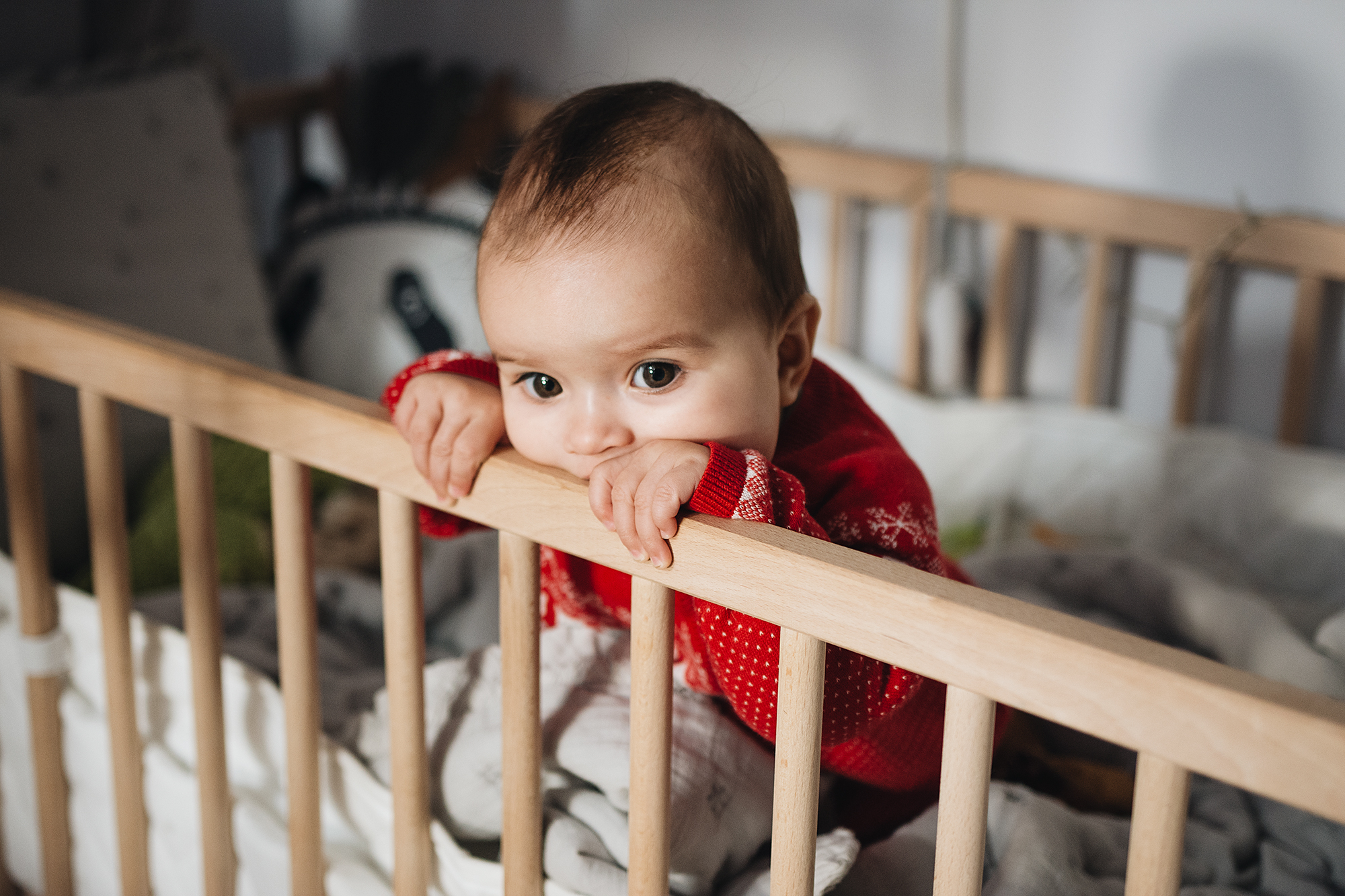 She did some bouncing with her head but managed to avoid bumping her forehead into the bedside. She already got some bruises from newly discovered movements…
Then we had breakfast. After breakfast we decided to go for a walk, to do something new, change a bit and create traditions together with Alva. So we went to a village half an hour from ours to check out their famous, yearly Nativity Scene and Christmas figurines. I can’t say we are religious (far from) but Christmas wouldn’t be Christmas without Jesus and the gang.

Pretty doors on the way.

As a Swede I’m not really getting the thing were you mix Nativity Scenes with Santa Claus, trees and the north pole in the same place but the French don’t seem to mind. We went in and Alva thought it was amazing with all the blinking lights :) 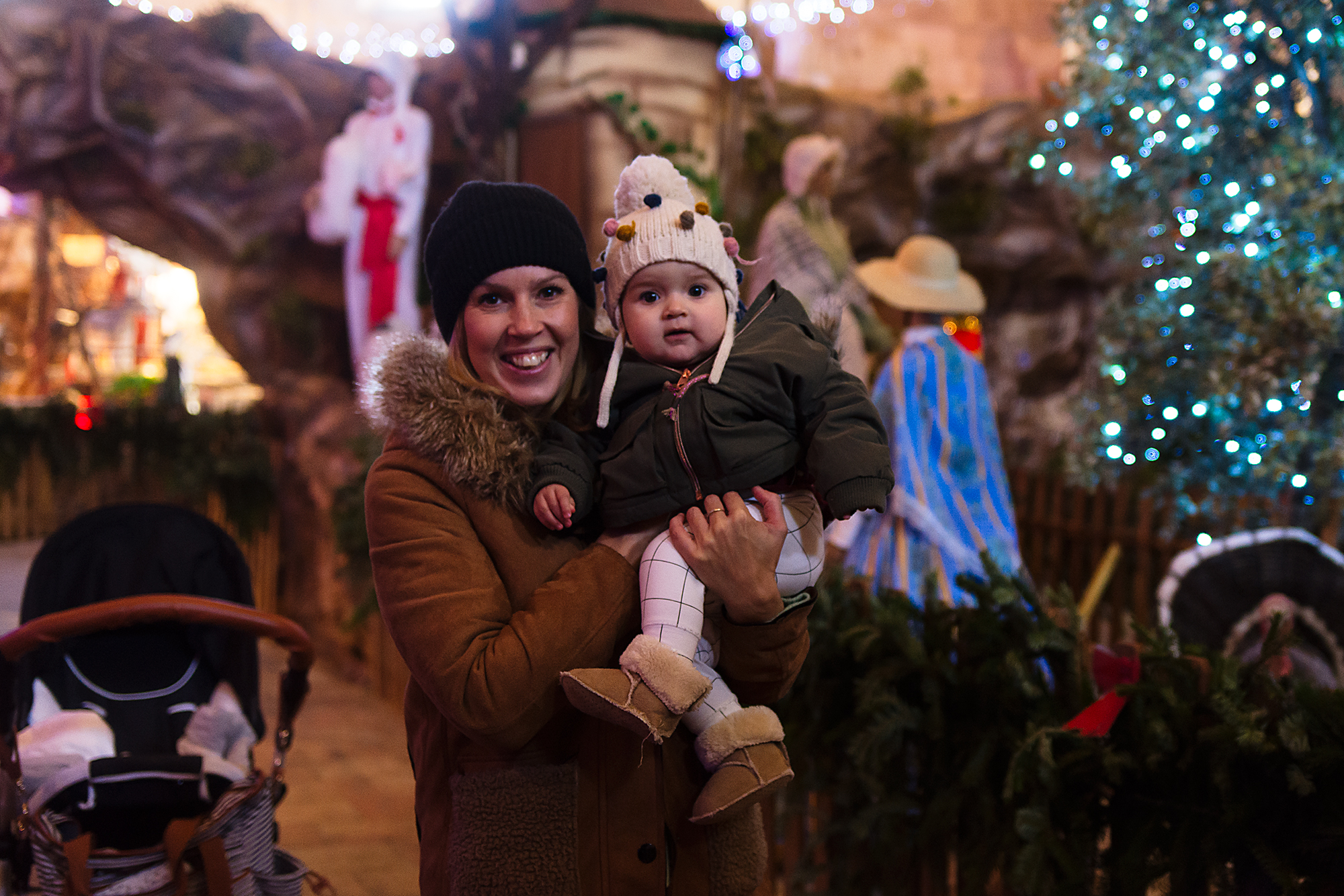 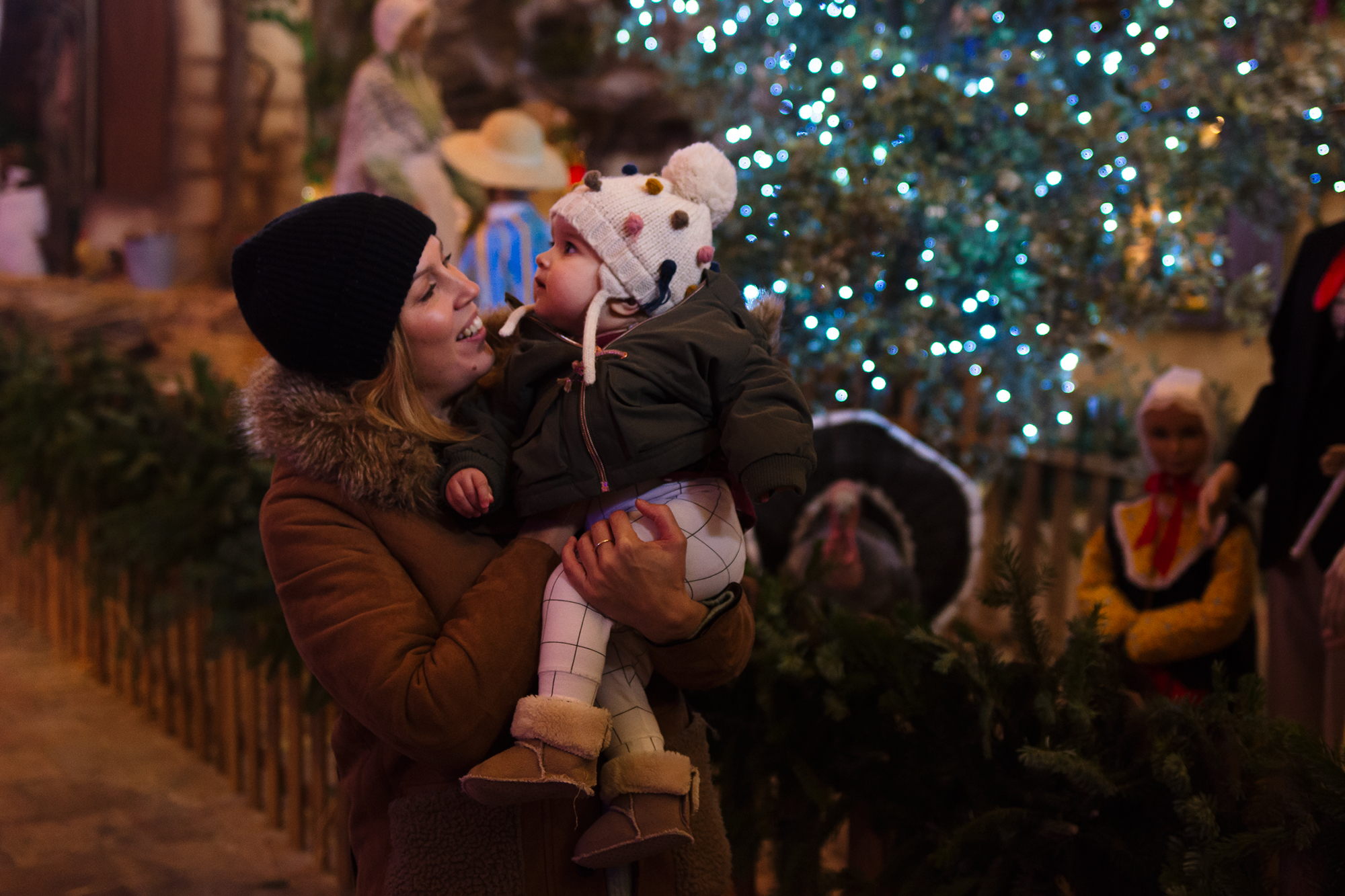 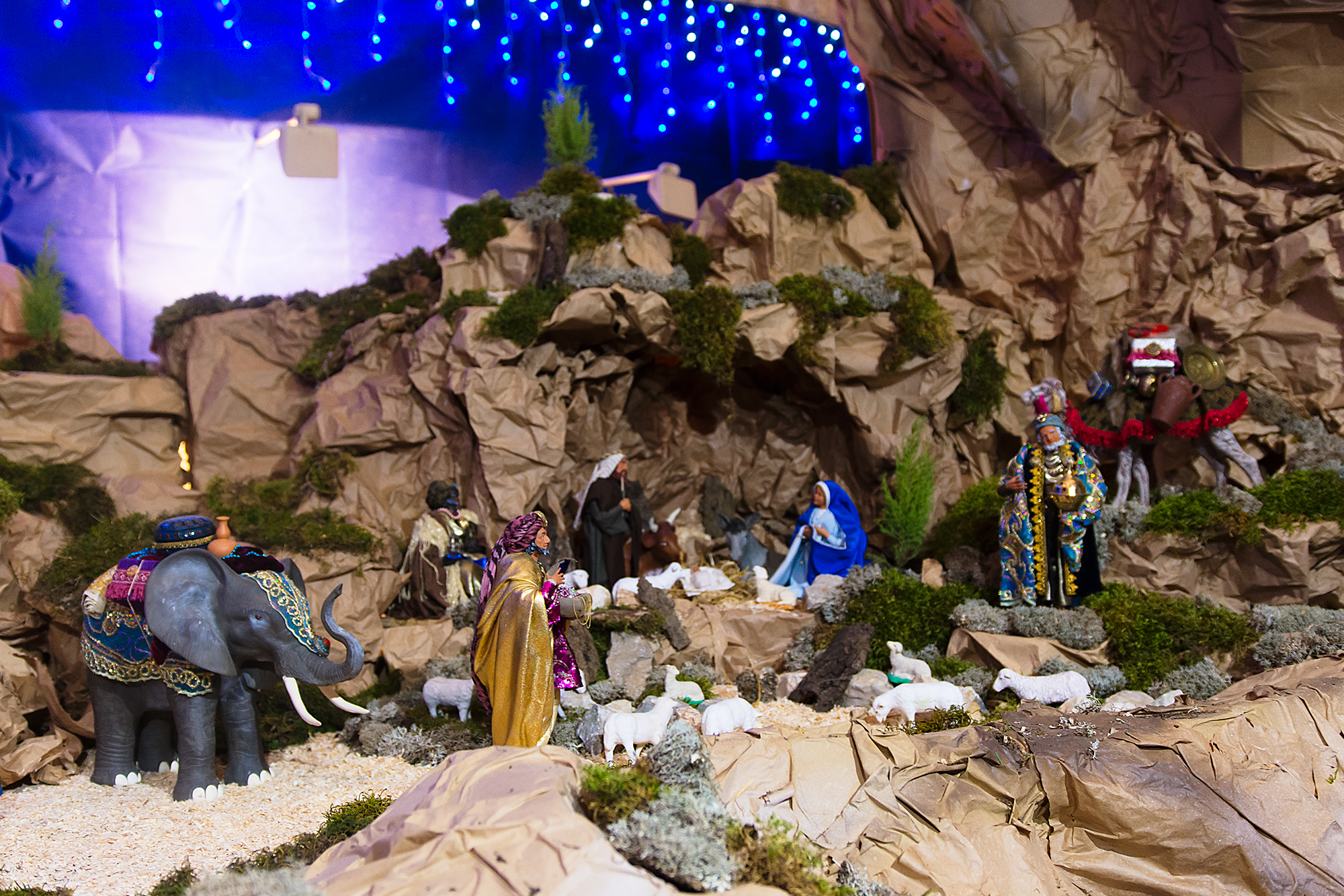 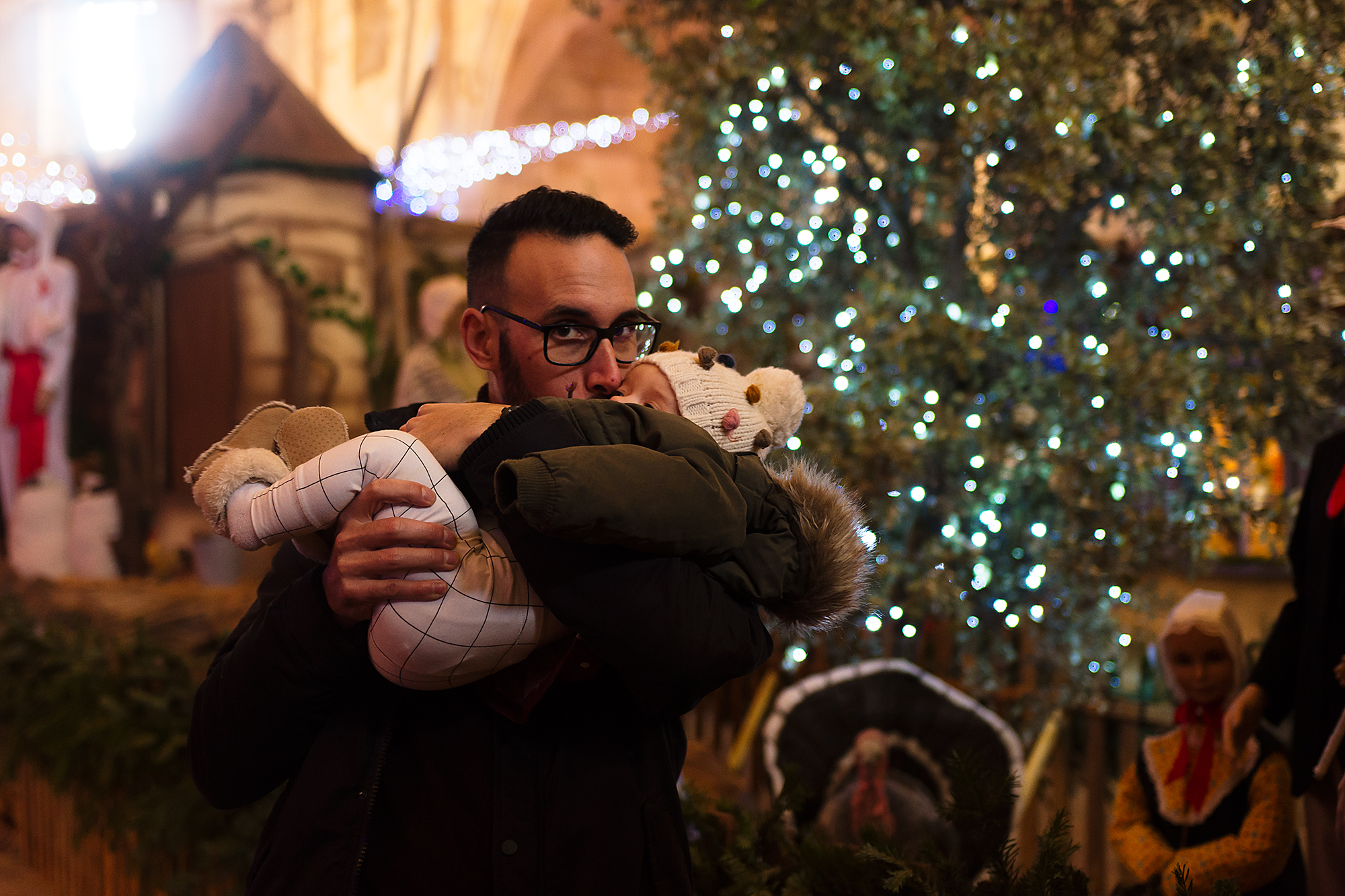 Never can’t get enough of kisses. Many kisses makes you hungry so we went for a walk in the tiny village for a restaurant open the 24th of December who served within the hour. And we found it, I’ll show you later.

After a trip to the grocery store we went home to make Christmas dinner with all the Swedish specialties I make each year and when all that was finished and we were stuffed we opened the presents!

Swedish meatballs, sausages, salmon, eggs, beetroot salad, potatoes, mustards, cheeses and of course pickled herring! This picture was taken a few days before when we had our pre-Christmas dinner with the boys but it was exactly the same we had on Christmas eve. 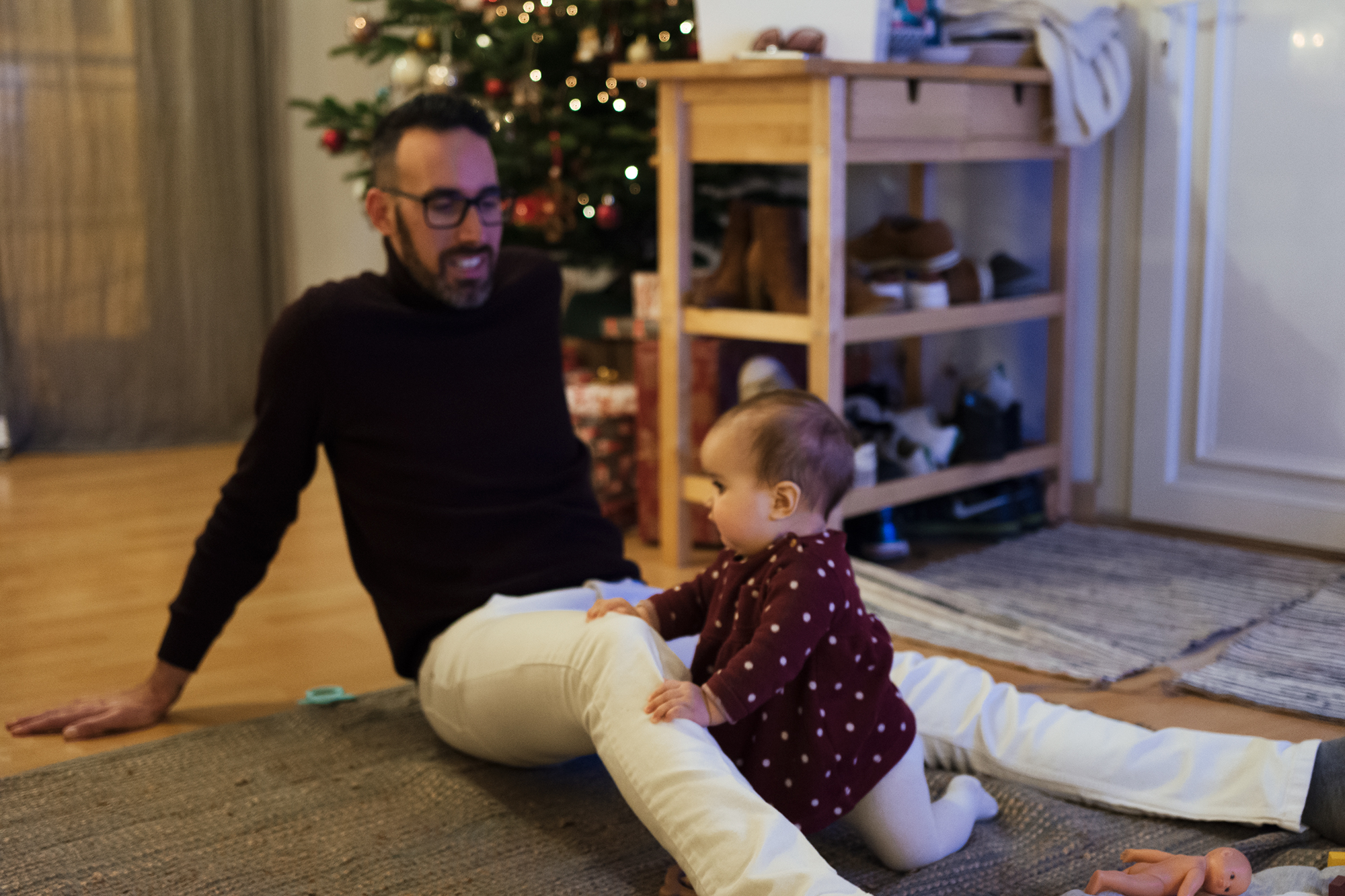 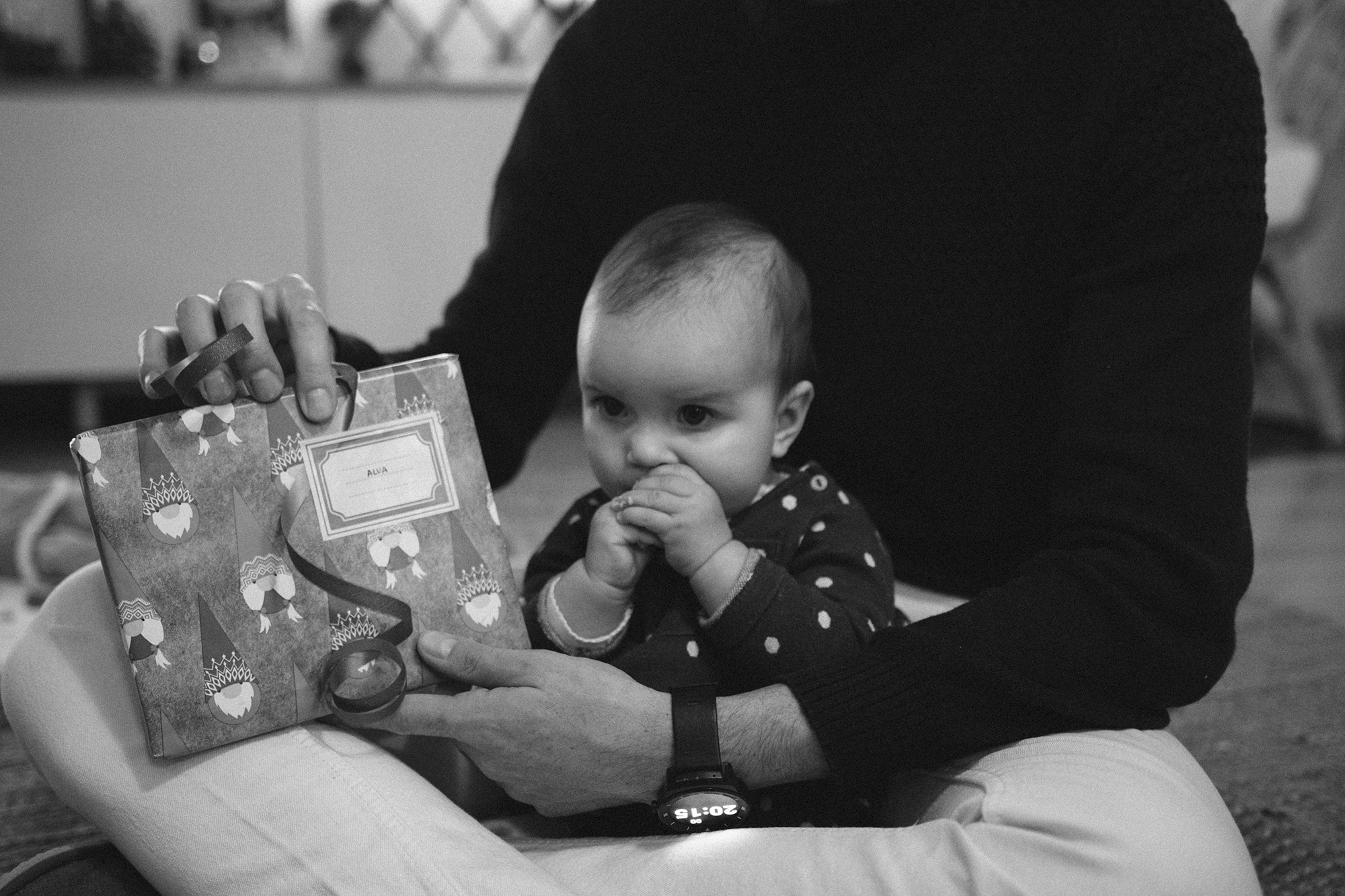 Alva got books and a bunny and she thought it was awesome… or maybe not :) 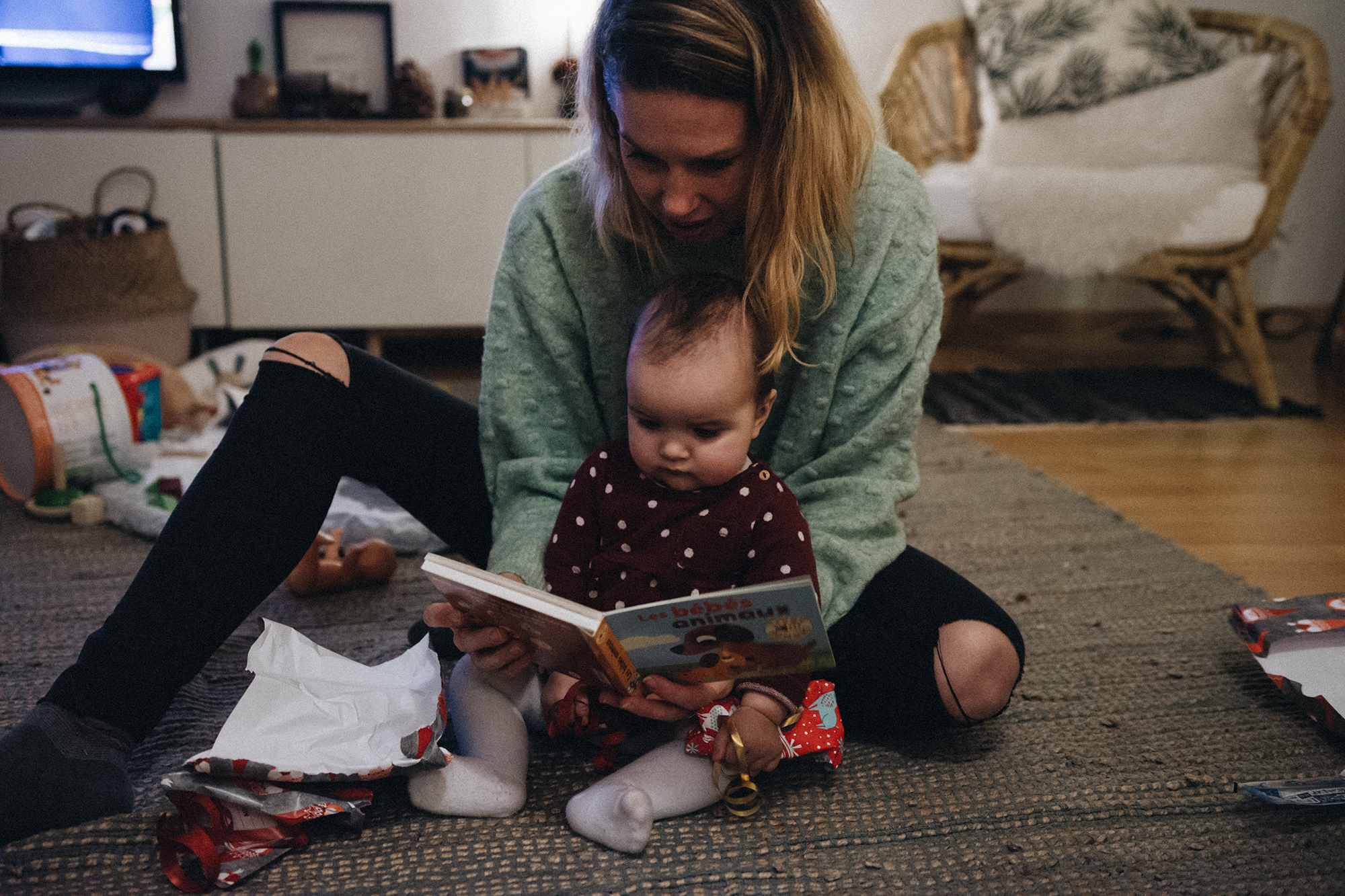 That was our first Christmas eve with Alva and we loved it. In all its simplicity it was perfect. Hope you had a wonderful time too ♥