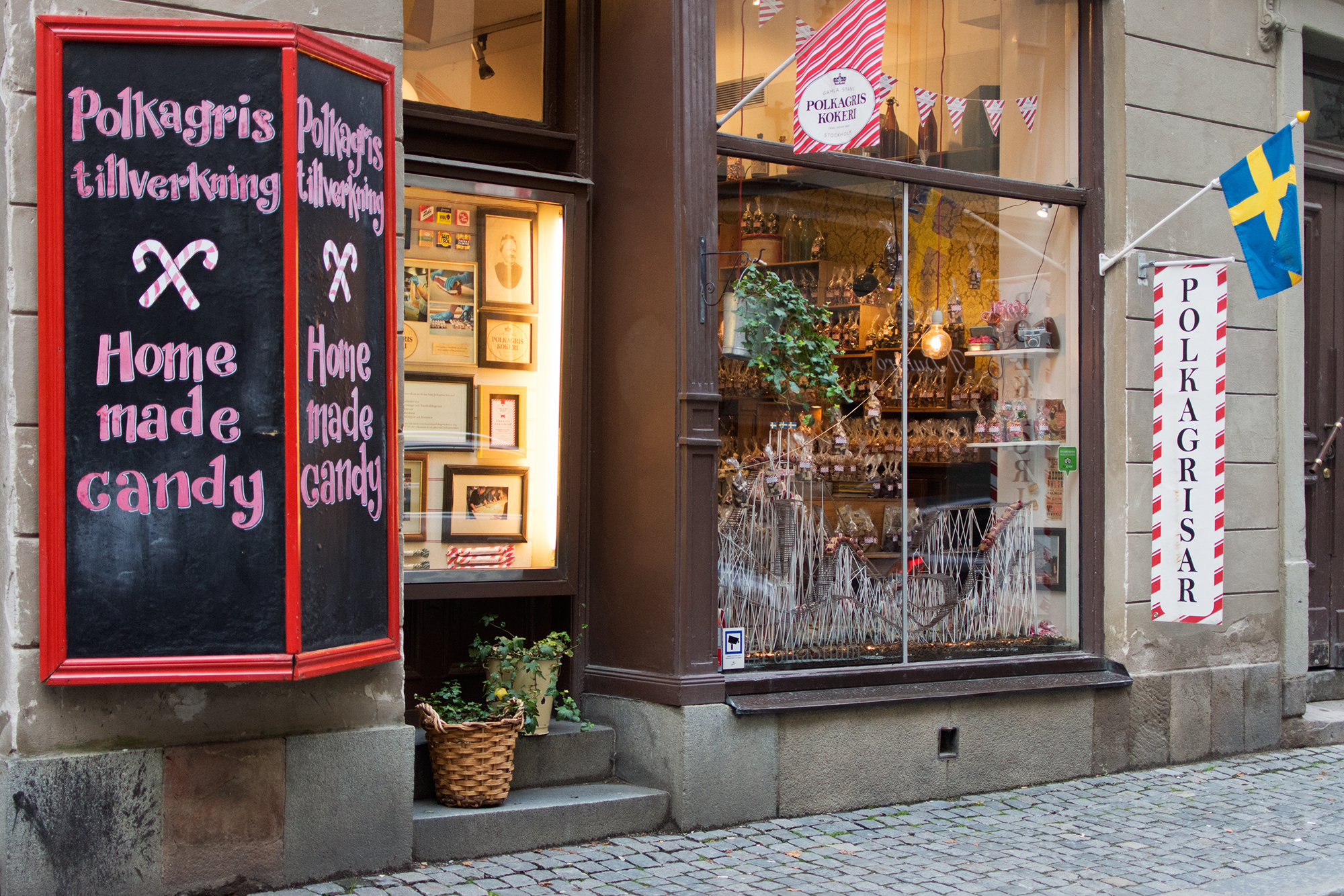 We went to Stockholm in late October but there was already a certain Christmas feeling in the air. It was really cold and the shops welcomed with their warm windows filled with nice things. Like the home made polkagris shop with a real roller coaster all made in candy! 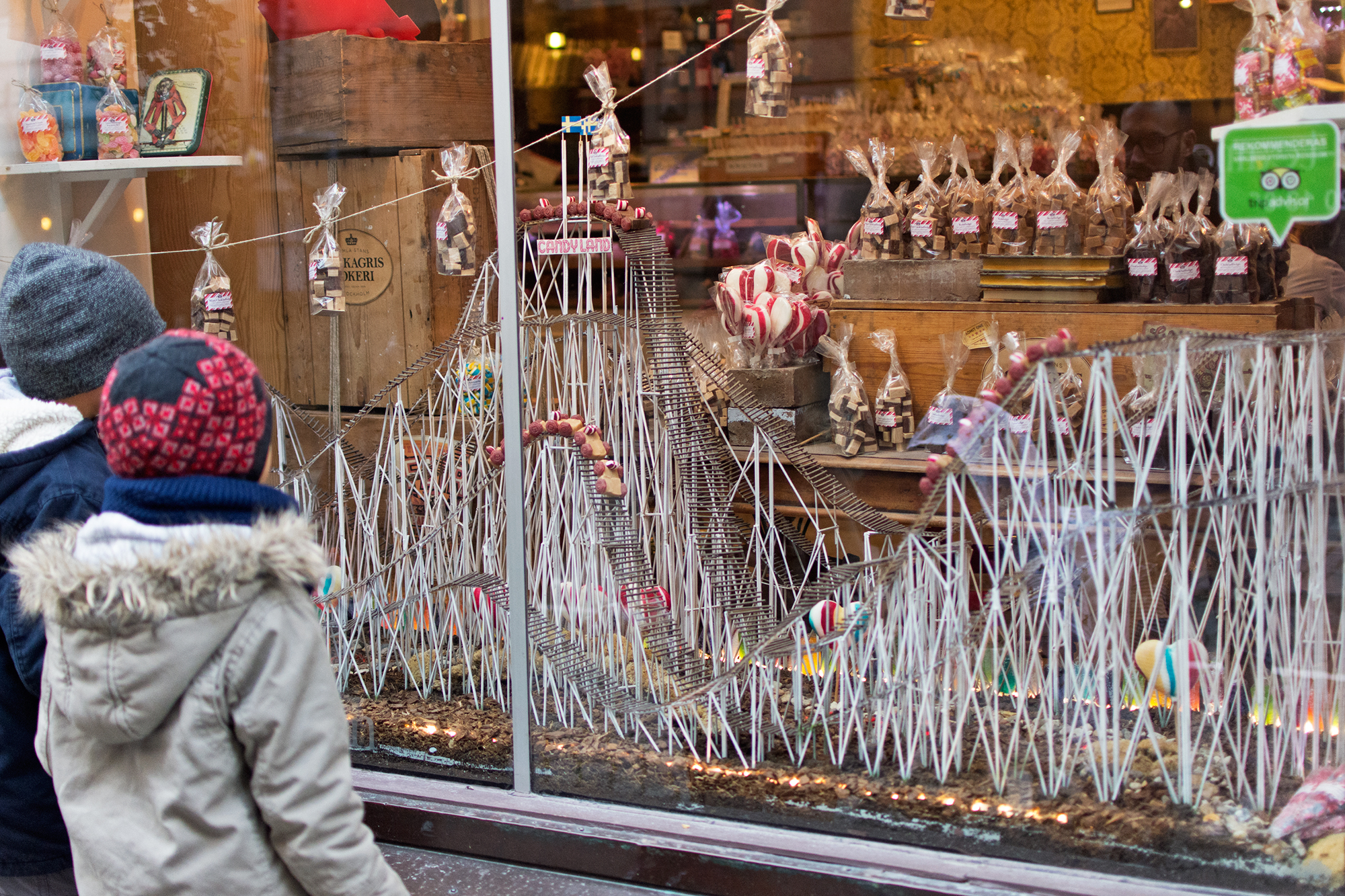 They boys never wanted to leave that window. 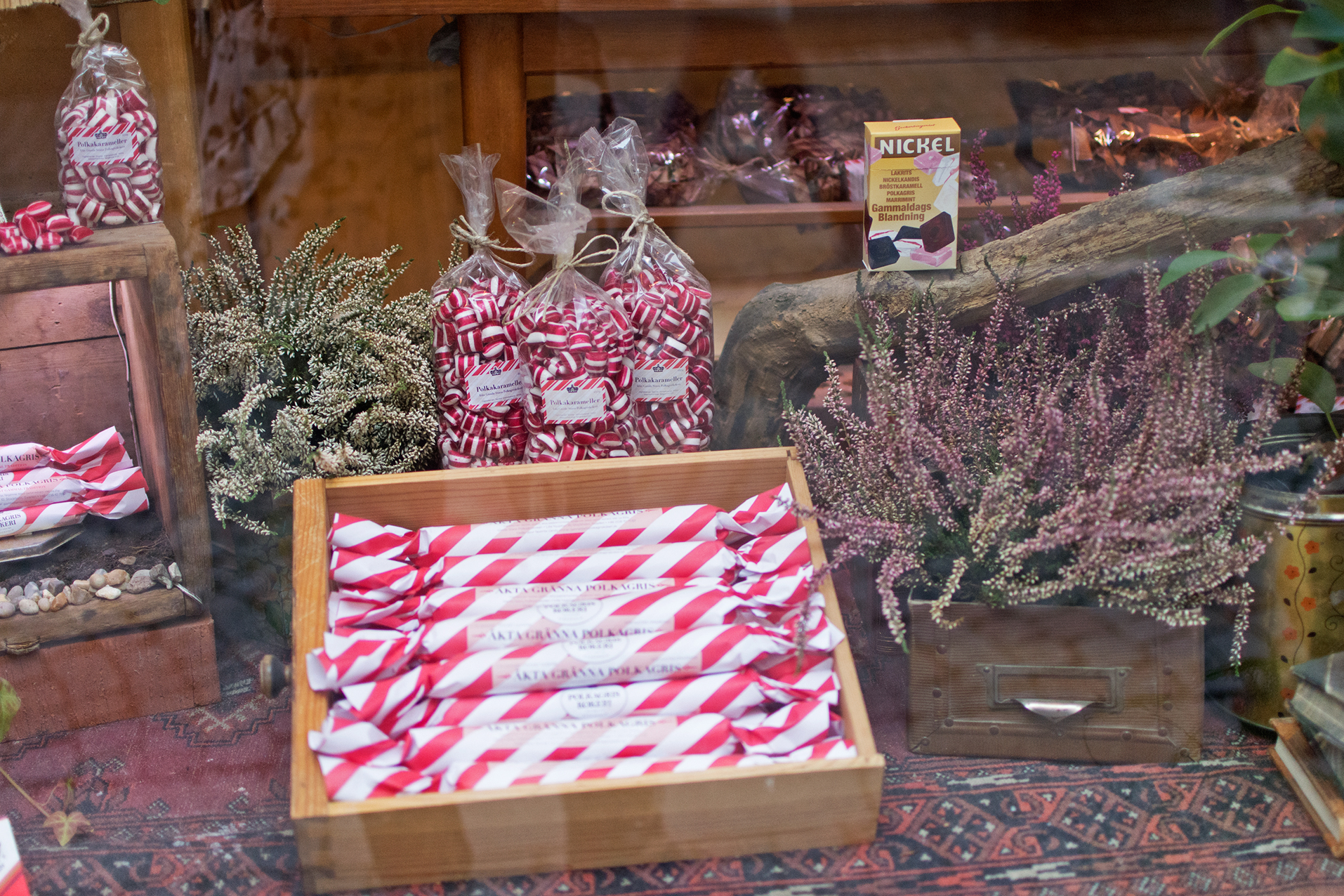 We bought a couple of these, I love the taste of polkagris, it’s peppermint-ish and filled with childhood. 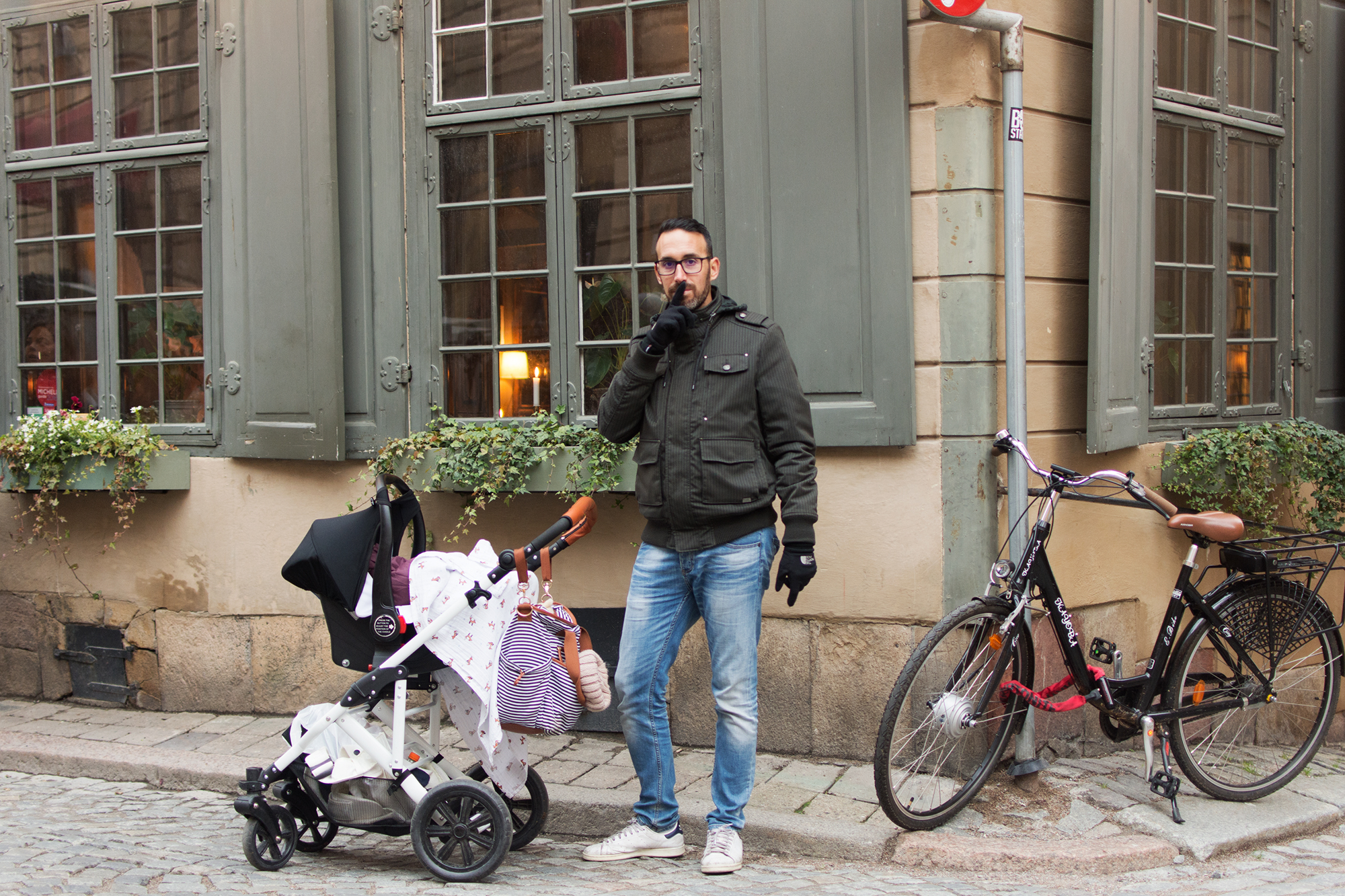 Mathieu saying shhh when I’m trying to teach him the golden rule and stuff about framing and such for the 57th time. 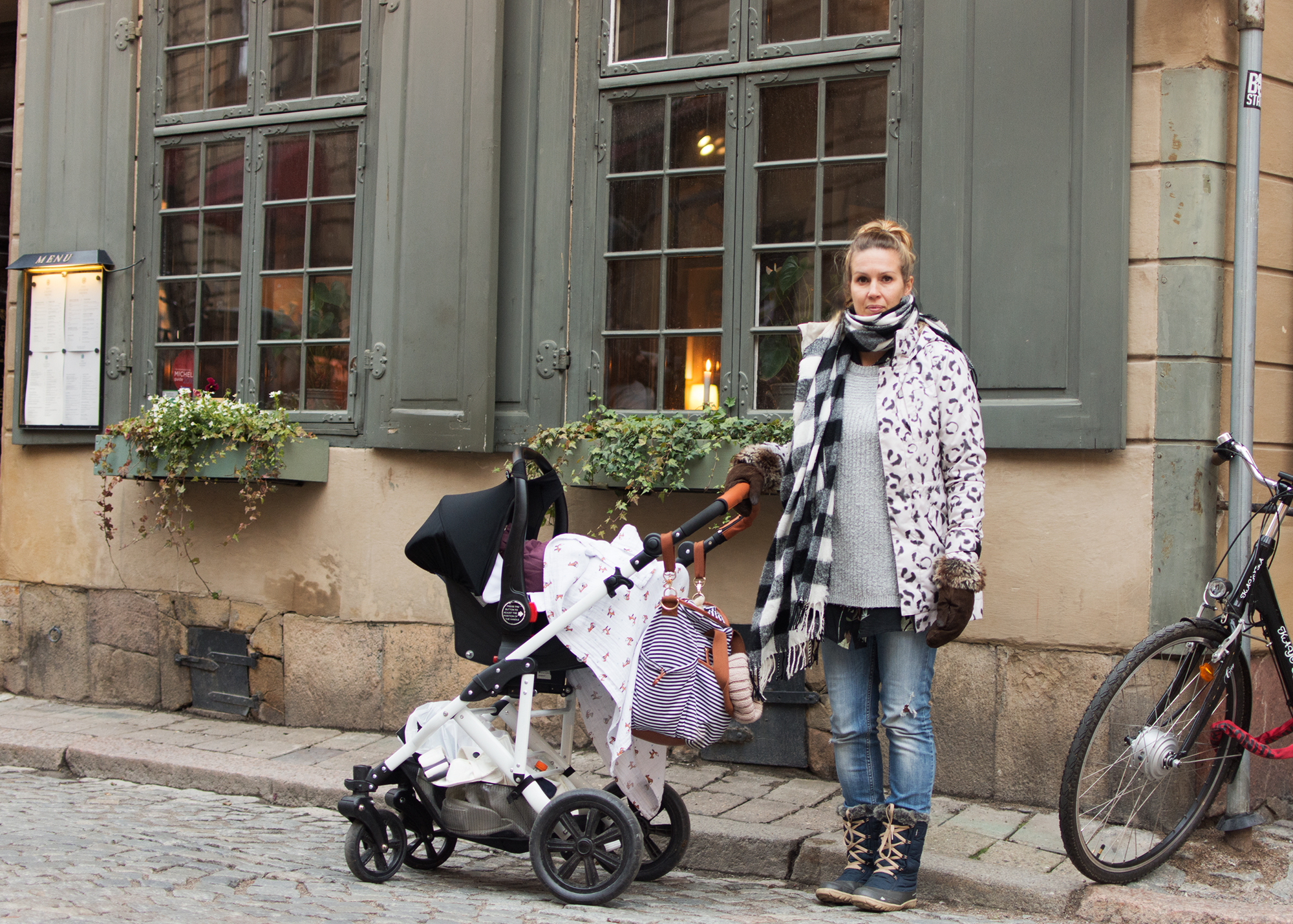 And me when I realize that once again he didn’t get a word LOL Useless instahusband. 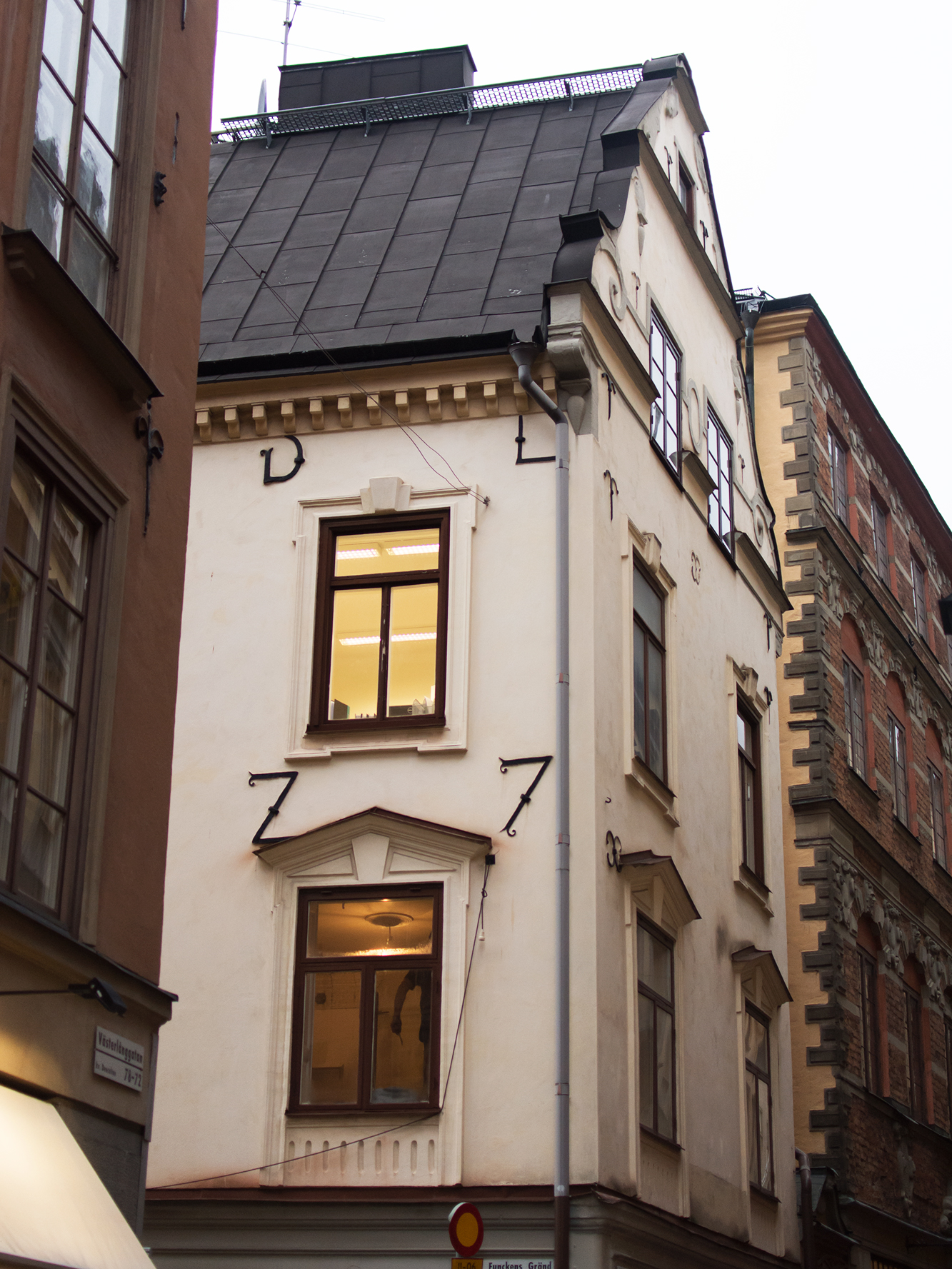 Gamla Stan is such a beautiful part of Stockholm and it’s where it all began somewhere in the 13th century. 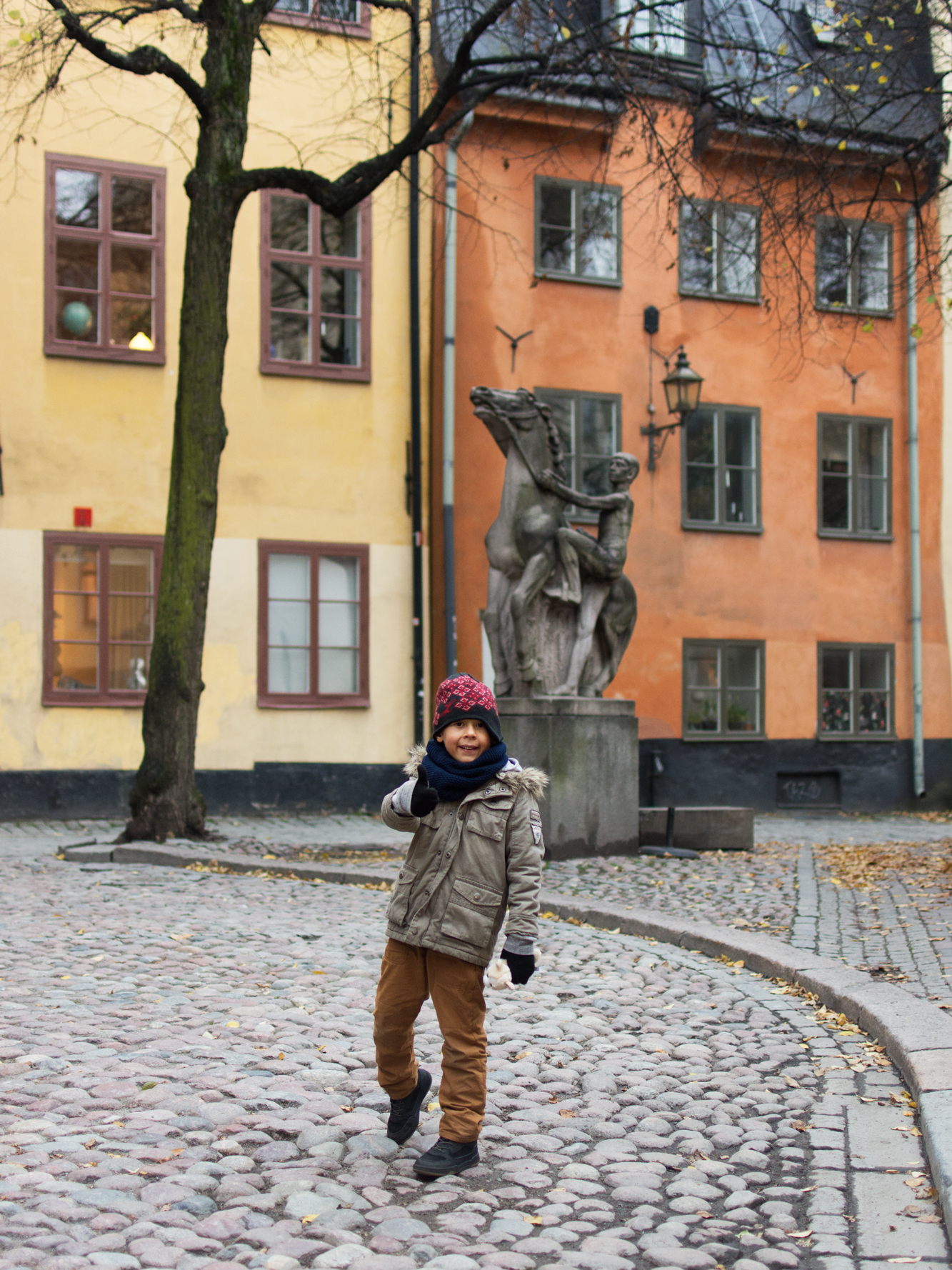 Viggo and I sneaked off in to a little square to look at a statue. 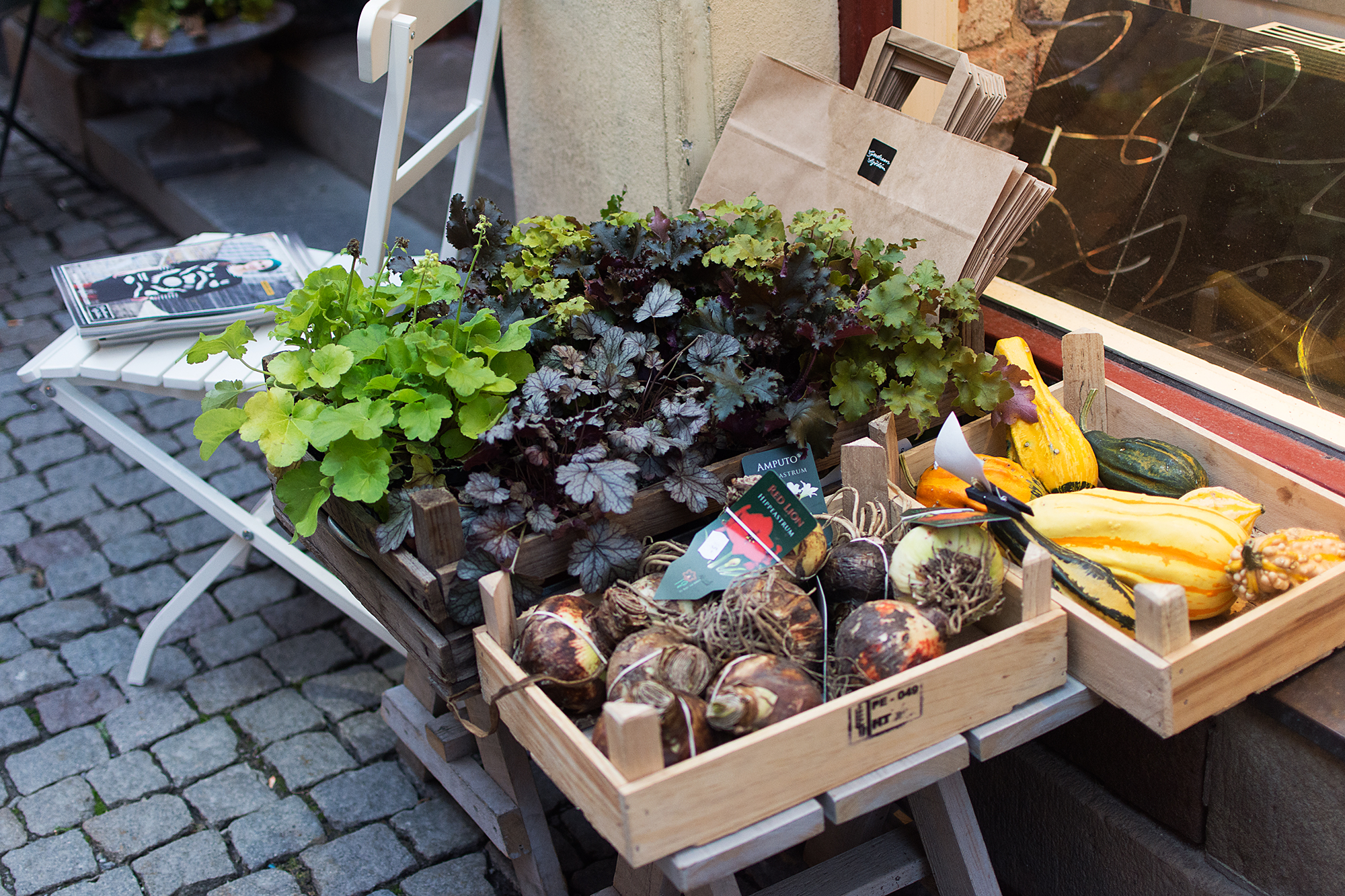 They sold veggies in front of concept store. 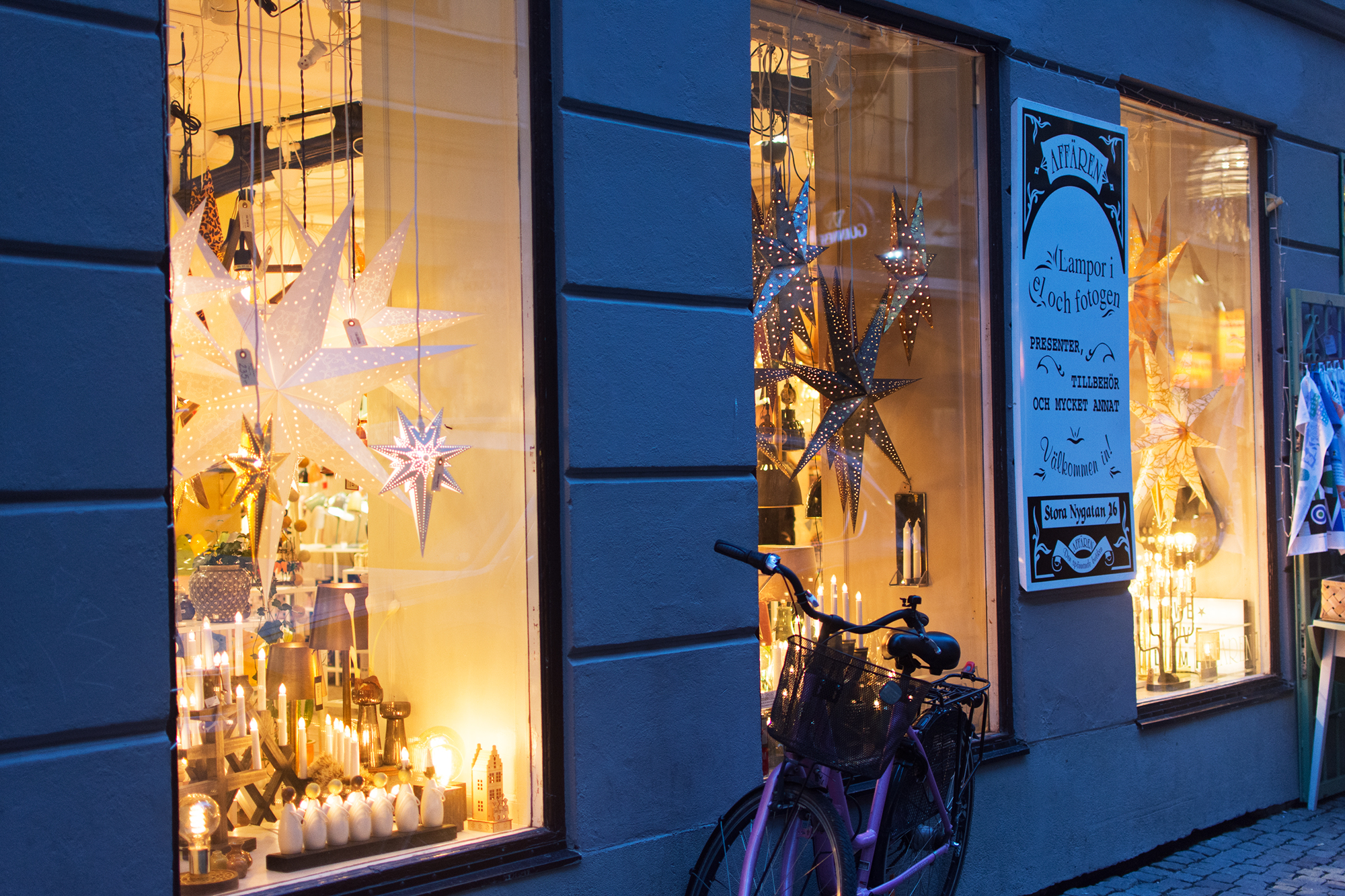 One thing I knew I wanted to bring back to France was an advent candelabra and we picked it out in this lovely boutique! 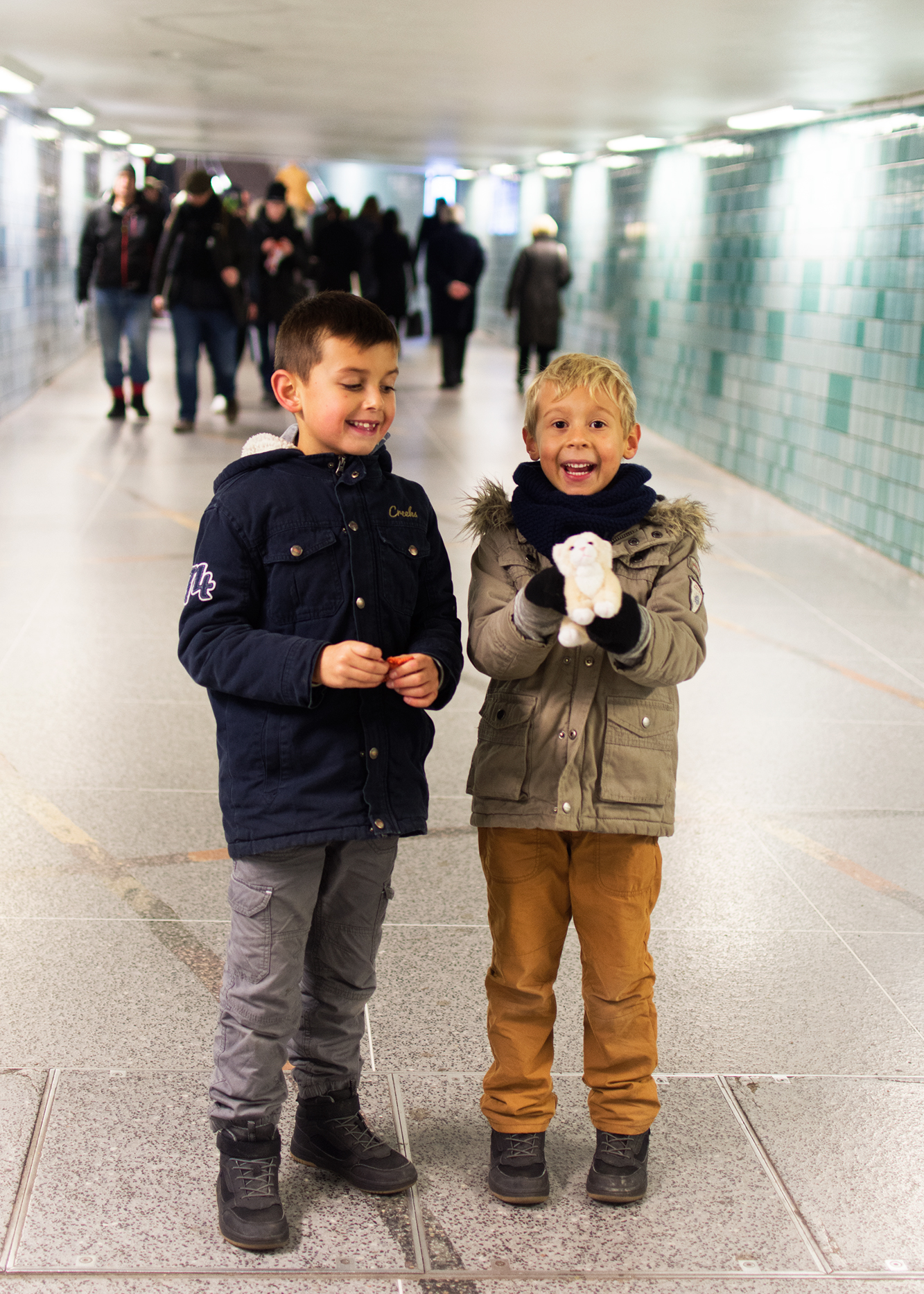 They boys got to pick one toy each for 10€ and Viggo was more than pleased with his choice :) 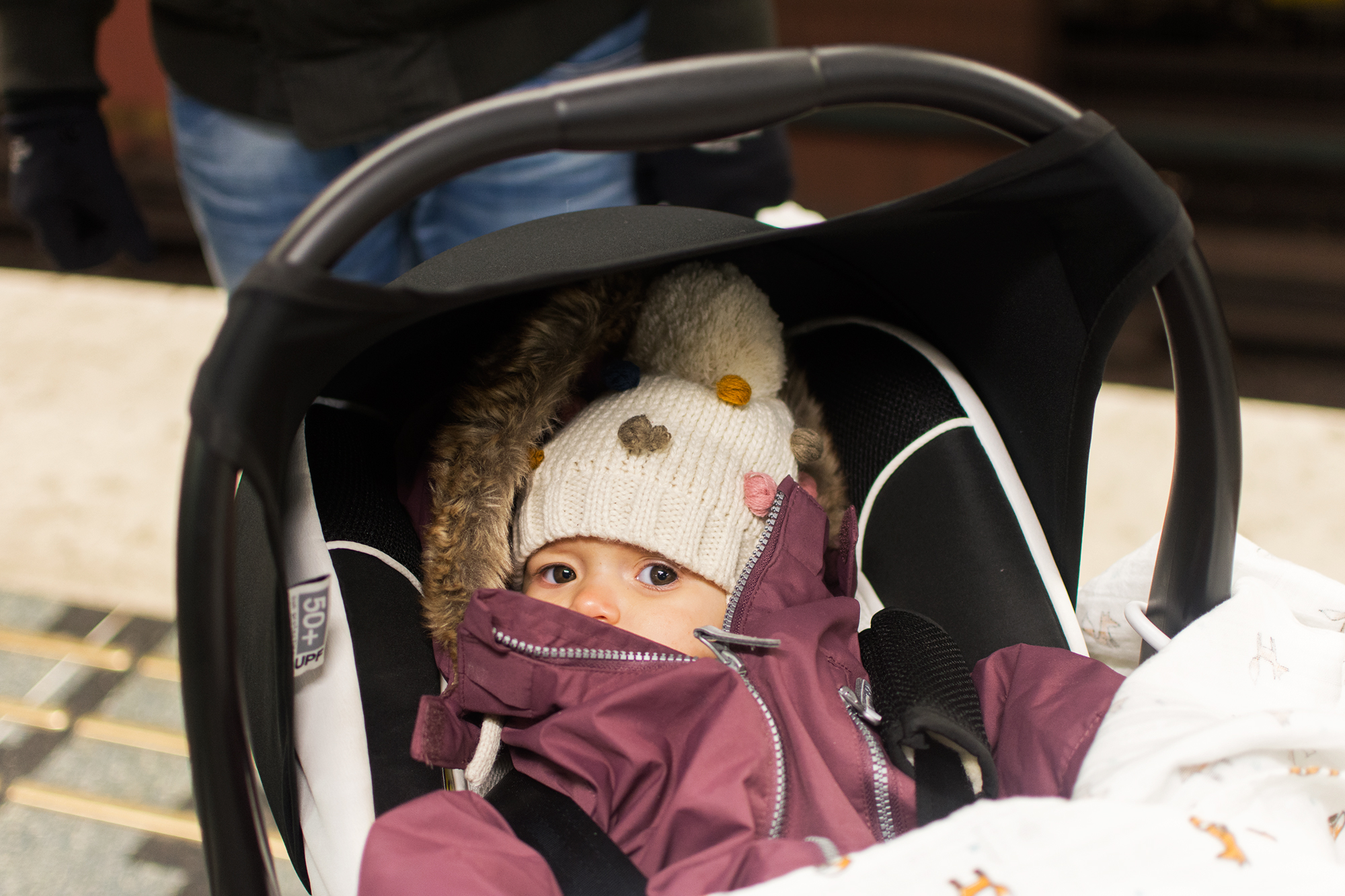 And our little Alva, the sweetest, kindest baby who slept through the whole visit. Not a single complaint about being hungry, cold, wet or whatever. We stayed 3 hours in Gamla Stan and had to take a metro to get back to where we parked the car so I’d say for 5 hours this breastfed baby stayed in the same diaper without a sign of hunger or thirst. She made our trip even better than we could imagine!