I’ve spent the 4 last days in the hospital holding my hubbyhubs hand as much as possible. He’s got this rare illness called Achalasia and it’s been a fast end of an ongoing state during the past year. But now he will get surgery and this awful thing will be fixed. He need to gain 3-4 more kg before they can do anything so now we’ll just wait for a tube in the nose to feed him as much as possible. I try to keep positive since we know there’s a solution but the latest days has been hard… This post goes under the “diary” ones, I want to remember shitty things like this in the future and look back and say, that was rough, but we made it! Because we will, and we will be stronger! 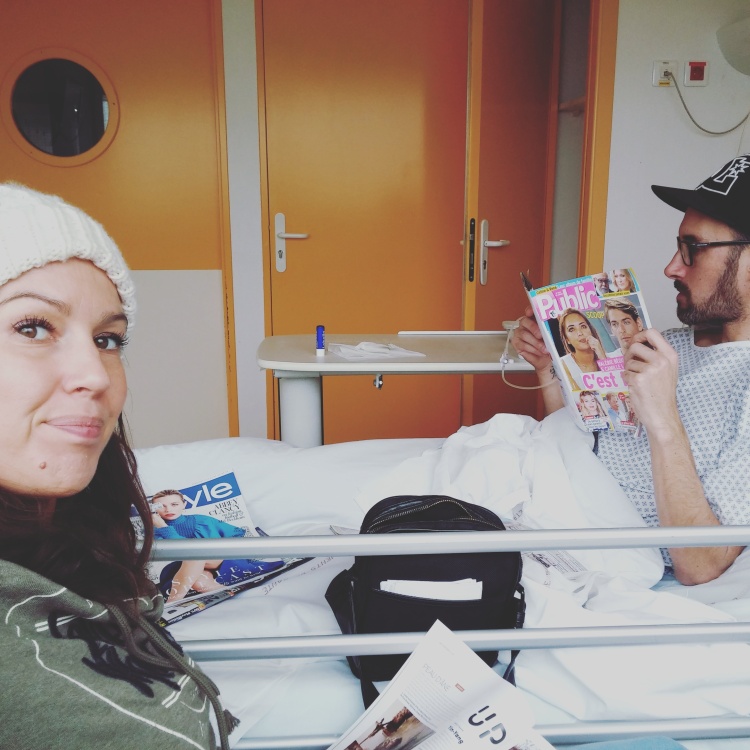 This was at the emergencies, where we did not really expect the upcoming horrors. Oh, how I do NOT like hospitals. Trying to keep up the smile for him though. I bought a all kinds of magazines but the gossip ones were the most easy reads. He will never admit that though. #thecutestever

The machines that feed him. That tube in the nose is the food. I asked them to mix up a big mac but they didn’t want to. Sucky. He got some tea today but didn’t manage to drink more than 3 spoons. My poor guy. I love you. So much. 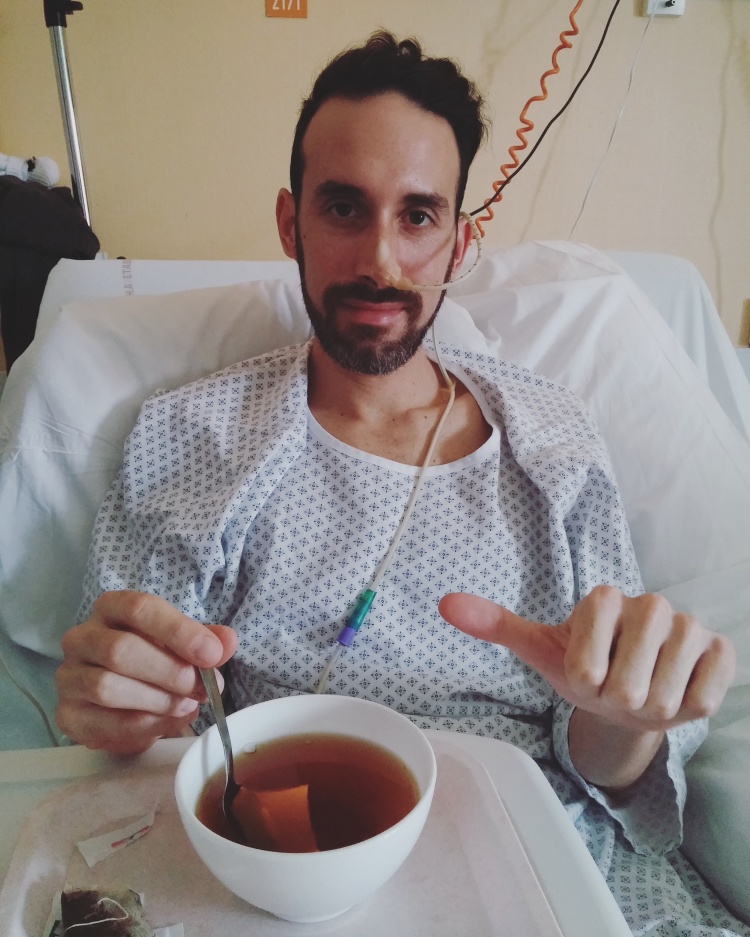 This faded little smile means the world to me. It means, “I feel a teeny weeny bit better”.

The one and only positive thing with a hospital stay is the fact that you can go crazy on the magazines. I bought more than I would have done in a whole year. But that’s the single thing for sure.

Now I’ll try to get some sleep, visiting hours reopens only at noon tomorrow so I’ll just try to sleep until then. Hope you had a better weekend than we did!

3 thoughts on “Weekend at the emergencies”