The kids woke up several times during the night, either for a pee or “has Santa passed through the chimney yet?” questions. So the wake up call was only at 08h45 which we highly appriciated! But at 08h46 we were already down in front of the Christmas tree looking at them trying to find their names on the gifts. It was so funny! They were, and it’s an understatement, EXCITED! I didn’t get a singe, non-blurry pic and after taking maybe 10 I put the camera away because I wanted to share the moment with them and not through the lens.  #gottaliveitforreal

So we dived in under the tree and opened Star Wars figurines, ships and books for baby G and Robocar Poli, Lego and Playdoh cupcake set for Viggo. We kept it to 4 presents each and that was perfect as they also got a set of plaster molds to create all the animals in the forest and a search and find-book as a shared gift too.

And then we put our gifts under the tree for opening when the kids had left, but those needs a post of it own later! 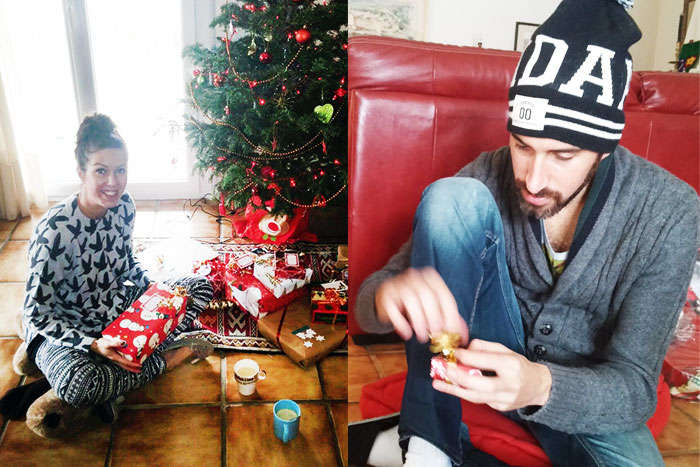 And this one is from me to you! The official Christmas Bath for Boys once the gifts were opened and we had to dress the kids for next gift euphoria with our ex’es! I can tell you there was water absolutely EVERYWHERE!